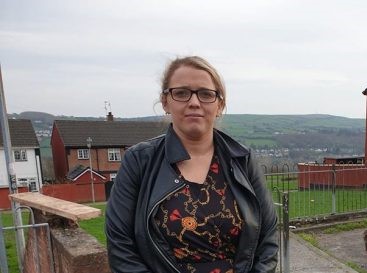 A SINN Fein councillor has said residents have expressed their concerns over a fire which was started at a block of flats in Creggan.

Said Councillor Tina Burke: “Our party activists were in the area to check if residents were ok during the coronavirus pandemic when they came across the badly burned recycling bins.

“Residents they spoke too were fearful of what the consequences could have been by setting the bins on fire beside the stairs.

“We have seen in recent times incidents similar fires in different parts of the city and how dangerous this can be for people living on the upper floor trying to escape.

“Can you imagine trying to get out of there late at night if the air was filled with thick smoke and flames and you had young children or mobility problems.

“I would appeal to however was behind burning the bins to stop.

“They might think this is just a bit of craic but they have no regard for the serious consequences of their actions plus additional the cost for local residents replacing the bins.

“I have been in contact with the Council to try and get this rubbish cleaned up and I would urge anyone who needs bulky items removed to contact the free council collection service,” she added.

Fears of residents over potential fire at block of flats in Creggan was last modified: June 2nd, 2020 by John