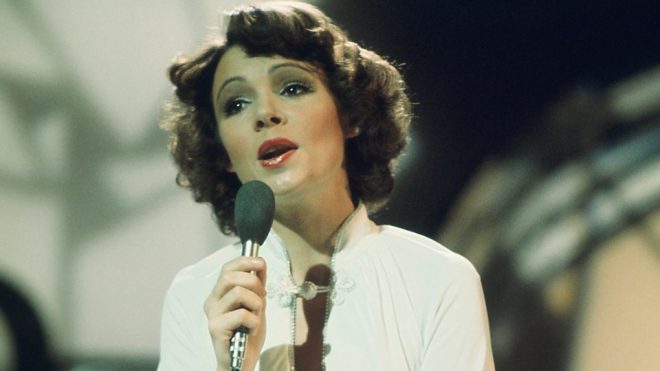 Singer Dana became a household name in the 1970s

DANA has spoken about her whirlwind success after winning the Eurovision Song Contest fifty years ago, and admits she “loved” her work and didn’t “resent” her hectic schedule “in any way”.

The Derry singer, whose real name is Rosemary Brown, became the first Irish winner of the Eurovision Song Contest in 1970 at the tender age of 18.

Dana – The Original Derry Girl, which is set to air on Monday, May 11 at 9.35pm on RTÉ One, celebrates the 50th anniversary of her big win, while candidly talking about the highs and lows of the past five decades.

Recalling the aftermath of her triumph in Amsterdam, the All Kinds Of Everything singer said: “I worked constantly – Sunday to Sunday. I think I always had a good work ethic. I loved my work, I didn’t in any way resent it.

“I loved being with people, and I mean what’s not to love?”.

Dana admits her appearance on acclaimed music show Top of the Pops in 1975 with her festive hit, It’s Gonna Be a Cold, Cold Christmas, was a highlight of her pop career.

“I had watched Top of the Pops religiously every Thursday night. The streets of Derry were empty because everybody was watching it.

“Then suddenly to be there was just unbelievable. I remember being told after we did that Top of the Pops with Cold, Cold Christmas, that the following week it was selling 30,000 copies a day. They could hardly keep up – and it was increasing!

“It was that important of a platform and I don’t think there’s one like it today,” she added.

Perhaps the most surprising chapter in Dana’s story was her decision to enter the race for the 1997 Irish Presidency.

She finished in third place, with just under 14% of the vote and as she put it herself at the time, “I may not be President, but I am a precedent.”

Success in politics followed shortly after when she was elected as an MEP for Connaught Ulster, bringing the family back to Ireland from Alabama and they settled in Galway.

It was during her second attempt at the Irish Presidency in 2011 that she got some devastating news. Allegations of historical sexual abuse against her brother John had been leaked to the press and were about to be published.

On a live TV debate, she issued a statement (without making any direct reference to her brother or the exact nature of the allegations), strongly denying the allegations.

What followed was a stream of media coverage, which has had a profound effect on the whole family.

A trial in 2014 found her brother not guilty but Dana is still coming to terms with this “worst of times”. 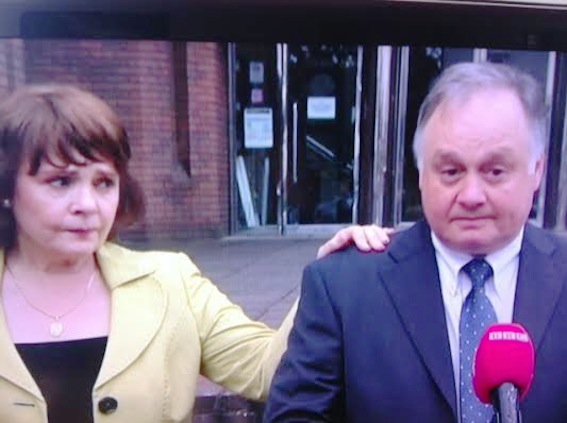 John Brown is comforted by his sister Dana outside Harrow courthouse following his acquittal of five charges of historical sexual abuse.

“I was stopped on the street by a reporter who told me that he had an affidavit from the alleged accuser saying that not only had there been historic sex abuse by my brother, but that I had known about it for thirty years, and I had hid it, and that there was going to be massive coverage.

“I was doing a debate that night. I felt I had to make a statement. I felt very nervous and I just read out my statement.”

“It was just like a massive explosion in my life. I just kept thinking of my children,” an emotional Dana said.

The special show also delves into Dana’s marriage to Newry hotelier Damien Scallon; her move to Alabama and religious music with performances for the Pope, along with a special performance in Derry’s Guildhall with local choirs and a visit to her old school, Thornhill College.

Dana tells RTE documentary: ‘I never resented any kind of Eurovision fame’ was last modified: May 11th, 2020 by John