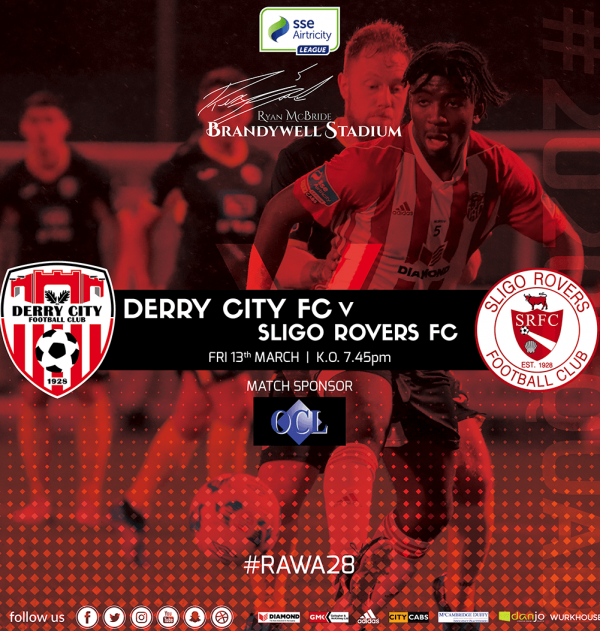 DERRY City FC has decided to postpone its scheduled meeting with Sligo Rovers at Brandywell Stadium on Friday night.

It came after Taoiseach Leo Varadkar announced today in the USA that only mass gatherings of over 100 people indoors or 500 people outdoor should go ahead.

Derry City were reluctant to play the Rovers match behind closed doors.

There has been no word as yet as to what the Football Association of Ireland will do after the Taoiseach’s announcement.

The FAI said in a statement earlier: “We will make an announcement on plans for all footballing activities under its jurisdiction after a meeting with Government, Department of Health officials and other national sporting bodies this afternoon.”