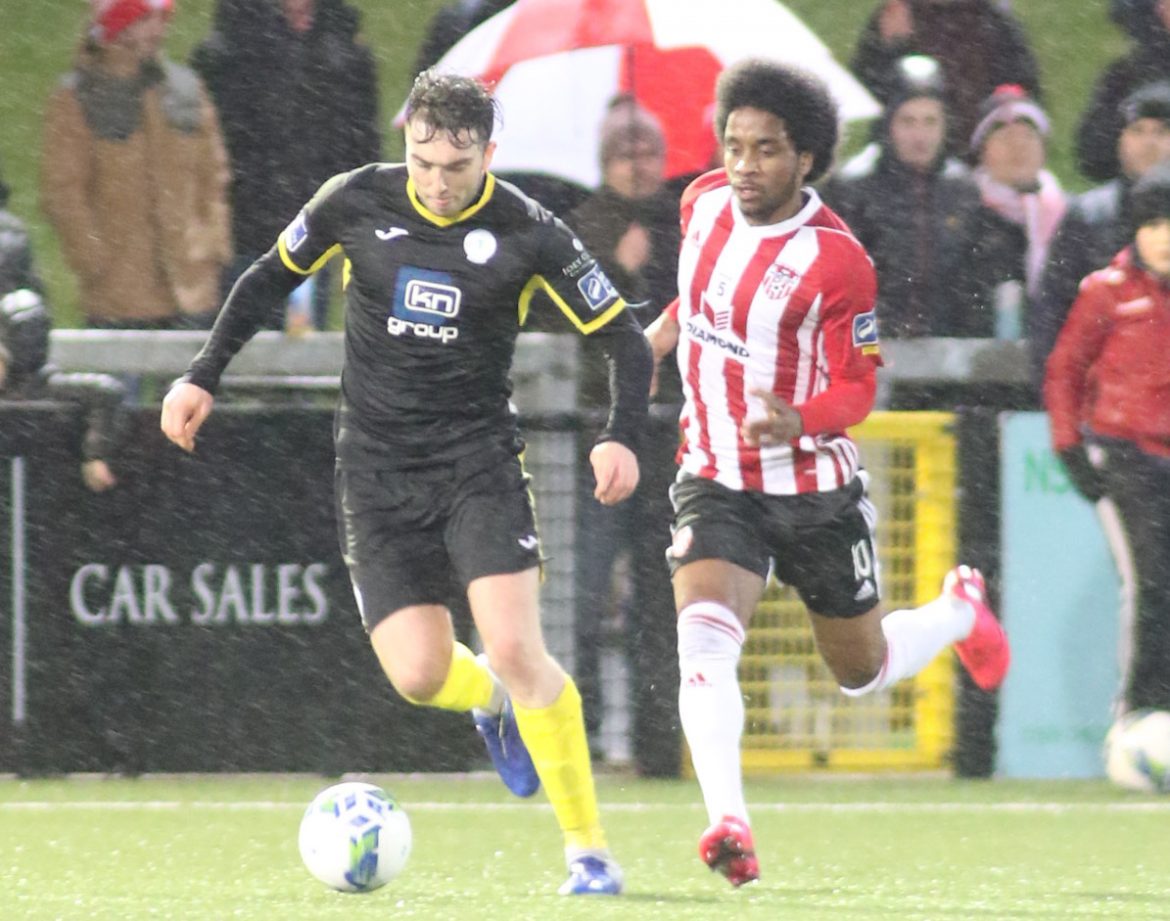 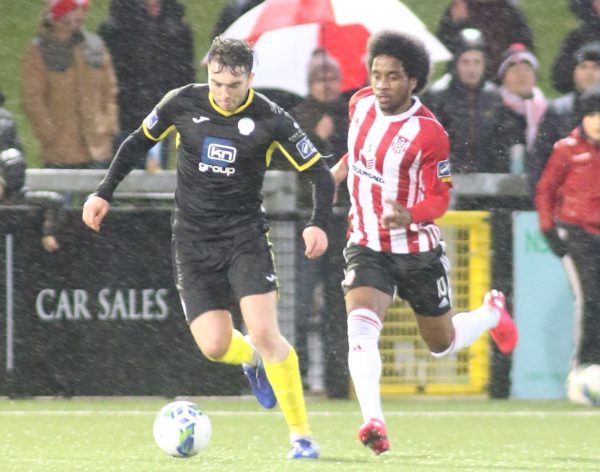 Ryan Connolly’s first-half goal gave Harps the edge and they looked set for a famous win until Liddle struck the dagger.

Liddle steered home after connecting to a Walter Figueira’s cross.

It is a goal that will haunt Ollie Horgan for some time given how the on-loan Reading striker was able to get on the end of the ball to finish.

It came right at the death – and just when Harps were dreaming of a first ever League victory at the Brandywell.

After the match, Candystripes manager Declan Devine said: “We got of jail. We didn’t play and the conditions weren’t great. But we played to the end and the players dug in.”

Harps were in front on 33 minutes.

A loose pass inside from Ciaran Coll, the former Harps captain, was picked up on by Connolly.

With Derry goalkeeper Peter Cherrie stranded, Connolly kept his composure to steer into the net.

Down the other end, ‘keeper Mark Anthony McGinley punched the air in front of the delirious Harps hoards in the Southend Stand.

The Ramelton man made over 200 appearances across two spells with the Candystripes.
After leaving Derry at the end of the 2019 season, McNamee – after some careful consideration – plumped for Harps.

The inevitable whistles howled across the Foyleside air with McNamee’s every touch.
His coolness on the ball and willingness to get on it was a feature for Harps.

His brother Tony and ex-QPR youth Leo Donnellan also came in as Horgan showed three changes to the side that began last week’s win over Sligo Rovers.

Urged on by a big home support, Derry opened the brighter and McGinley had to be alert to save from Tim Nielsen after nine minutes.

Moments later, with McGinley off his line, Ciaron Harkin mixed ambitious with audacious but his attempt from half-way flew over.

Walter Figueira had a golden chance for City when Jamie McDonagh’s cross fell invitingly on the edge of the box.

Figueira, though, rose a shot over the bar when he’ll reflect that he ought to, at least, have tested McGinley.

Harkin saw a low effort smothered by McGinley before Connolly broke the deadlock.

Early in the second half, Jamie McDonagh whipped a dangerous ball across the Harps area that served as a real warning to the visitors. 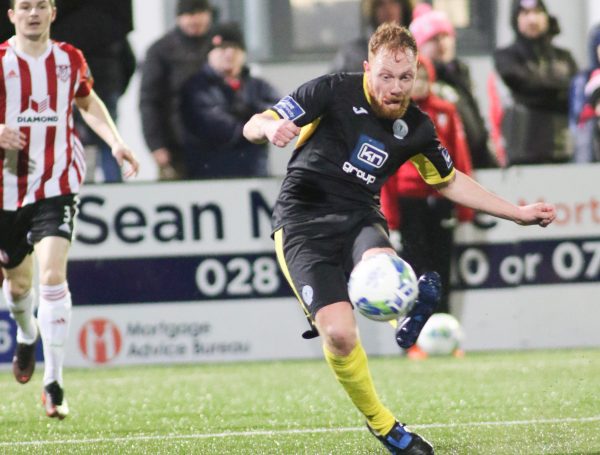 Karl O’Sullivan drew a superb save from Cherrie as Harps went in search of a second.

Cherrie reached across to turn away as O’Sullivan – Harps’ match winner last week against Sligo Rovers – aimed to bend into the top corner.

Harps had a real let off when Conor Clifford fired off the bar 11 minutes into part two.

Stephen Mallon, on as a sub for the hosts, was denied by Shane McEleney’s brave block.

The whack ended McEleney’s involvement with Horgan frustrated at the delay in being allowed introduce Mark Coyle as a replacement.

Derry laid siege and, just when Harps looked to have repelled the onslaught, Liddle tore up the fairytale.

Liddle late strike helps Derry City ‘get out of jail’ in 1-1 draw with Finn Harps was last modified: February 29th, 2020 by John