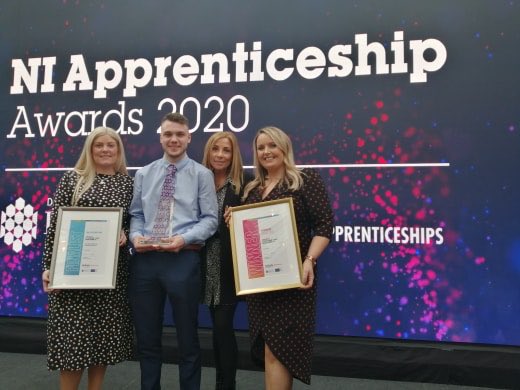 Craig Holmes, who works at the Savers Store in Derry’s Lisnagelvin Shopping Centre, has secured the NI Apprentice of the Year award at a ceremony in Belfast today.

The Donemana man, who took part in Derry City and Strabane District Council’s ‘Get Paid, Get Qualified, Get Ahead’ apprenticeship campaign to help spread the benefits of Apprenticeships across the Council area, trained with Babcock Training and was previously awarded the UK wide Savers Apprentice of the Year.

Extending her congratulations to Craig on his success, the Mayor of Derry City and Strabane District Council, Cllr Michaela Boyle said it was fantastic news for Craig, his employers and everyone involved in the apprenticeship campaign.

She said: “This is excellent news for Craig and for everyone who works with and has provided him with the guidance and support to avail of the apprenticeship programme.

“Apprenticeships are fast becoming the pathway of choice for many job seekers, offering the chance to both work and learn, as well as independence and opportunity for young people starting out.

“It is fantastic that the Department for the Economy has recognised Craig’s commitment and achievements.”

The Mayor also extended her congratulations to Strabane Training Services, who, in partnership with Specialist Joinery Group, won the SME Innovation Award.

The awards ceremony took place on Thursday and is one of the key events taking place across Northern Ireland during Apprenticeship Week (February 3-7), which is being co-ordinated centrally by the Department for the Economy and supported by Councils, education providers and training providers.

Craig first began his apprenticeship in retail with Babcock Training, one of a number of private training organisations working with Derry City and Strabane District Council to provide employment opportunities to those keen to get on the career ladder.

“I am delighted to see Craig’s success continue, he exemplifies what can be achieved through the Apprenticeship Programme with the right attitude and determination.

“The Council is working very proactively with a number of education providers, private training organisations, careers service and companies to encourage people to avail of apprenticeship opportunities that exist across the Council area. 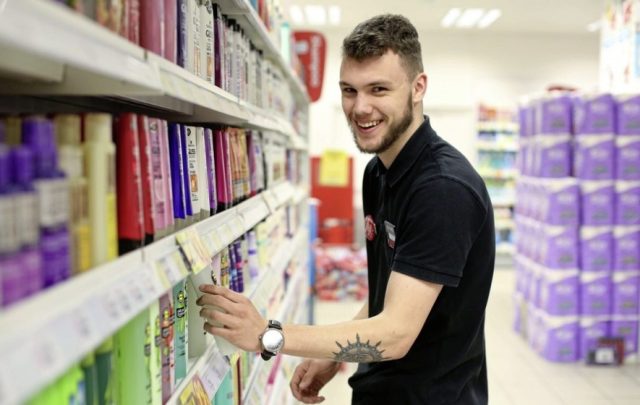 Craig Holmes, who works at the Savers Store in Lisnagelvin Shopping Centre in Derry

“The promotion of apprenticeships is a key element of the education and skills outcomes set out in the Council’s Strategic Growth Plan and overseen by the Education and Skills Partnership (ESDP).

“I want to congratulate Craig on his success it is an amazing achievement and we hope to see many more young people following a similar path to success through the programme.”

If you are considering applying for an apprenticeship, find out more about information and vacancies at www.getapprenticeships.me #NAW2020