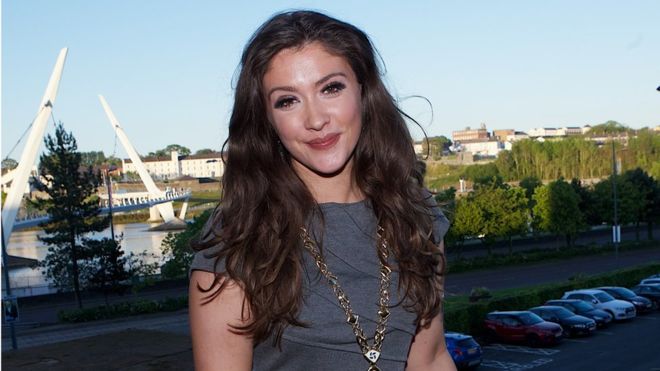 DERRY’S deputy mayor Cara Hunter has spoken out about the abuse and harassment she has endured since being elected to the local council.

The SDLP councillor, said she had received sexually violent and threatening abuse online and by phone.

She said she had to have her contact details removed from Derry City and Strabane District Council’s website due to the abuse.

She has also taken advice from police.

Ms Hunter told she told BBC Radio Foyle: “People will message me saying ‘you need to come out to my house’.

“It’s always men, middle aged men, if I’m honest, for things that can be solved over the phone via text or Facebook message.

“I am held to ransom where these men, if you do not come to their house, sort their issue face to face, [they say] ‘I am going to go online , I am going to publicly blast you, humiliate you, and damage your reputation’, even though you are willing and able of resolving their issue,” she said.

Often the language “is sexually violent, uninvited and unwelcome,” she added.

She said while criticism over political policies was part of public life, personal abuse was not acceptable.

“Your male colleagues fundamentally, are not put up to the same level of criticism whatsoever.

“I’m doing my job just like any man on the council, and I should not be met with such comments just for carrying out my role.” 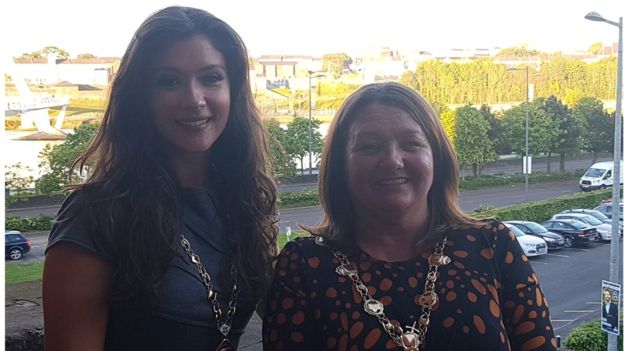 Cara Hunter (left) with Derry Mayor Michaela Boyle. They are the first two women to serve in the top roles at the same time since the council was formed

Ms Hunter said she had received “weird messages at all times of the night.

She said there was not enough focus on the issue of young women in politics and their safety and when it was raised it was not being taken seriously enough.

“I have to rationalise with myself, this is not a crazy concept to be concerned about your well being,” she said.

“We want young women’s voices to be heard, we don’t want there to be barriers.”