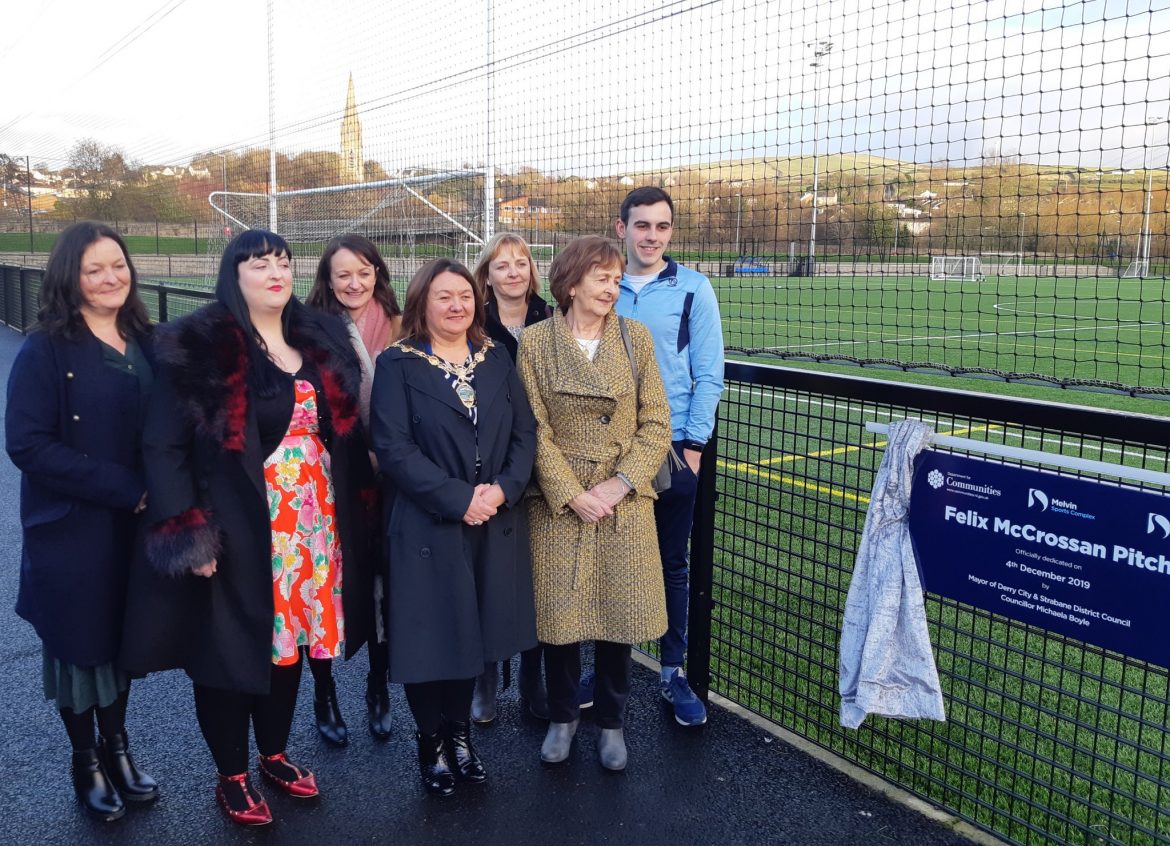 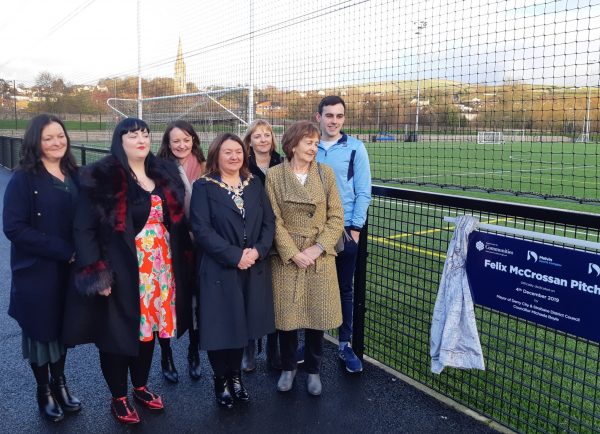 MAYOR of Derry City and Strabane District Council, Councillor Michaela Boyle, has performed the official dedication of the Felix McCrossan Pitch at the Melvin Sports Complex in Strabane.

The event was attended by Mr McCrossan’s family, local elected representatives and members of the local sports fraternity and Mayor Boyle unveiled an official plaque at the side of the pitch.

The naming was approved by Elected Members of Council in May 2018 following a proposal from Councillor Paul Gallagher in recognition of Mr McCrossan’s outstanding contribution to local soccer both as a player and an official.

Speaking at the ceremony, Mayor Boyle, said the dedication was a fitting tribute to his dedicated and selfless work in local sport.

“It is a great honour for me to dedicate the pitch at the Melvin to Felix McCrossan who had a long history of involvement in local soccer as a player and subsequently as a linesman at local, Irish League and national level.

“As an administrator he was equally influential through his work with the Referee’s Association and his contribution to Youth Development including his membership of the organising committee for the Milk Cup. 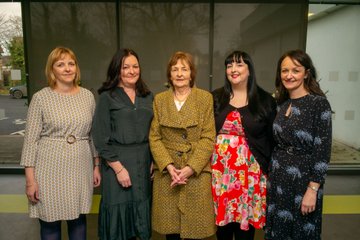 “Away from sport he was an active trade unionist with the former National Union of Tailor and Garment Workers were he campaigned for equal pay for women and was a director of the Strabane Local Strategy Partnership and board member on the Western Education and Library Board.”

The Felix McCrossan pitch is a £1.2m multi-sport 3G facility which opened in December 2018 and caters for football, rugby and GAA.

It represents another significant investment by Council in sports and recreational facilities across the City and District.

Full booking and timetable information for Council leisure facilities are available at www.derrystrabane.com/leisure