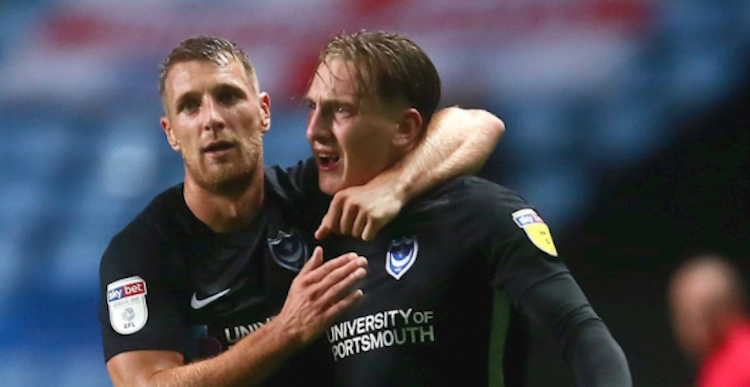 AN English League One footballer from Derry has banned his mother from social media after she became got caught up in a ‘fat’ row on Twitter over one of his team-mates.

The Derry woman, who has regularly posted her thoughts about Portsmouth since her son joined them, tweeted: “Has Pitts put on weight or is it just TV?”

A number of furious Portsmouth fans urged Marie to keep quiet and she later said sorry to Pitman.

Adding a tearful emoji, she tweeted: “I’d like to apologise if you found my tweet offensive. I didn’t mean any harm in it but I’ve always been told TV makes you look twice the size.”

In another recent tweet Marie Curtis also questioned the decision by Portsmouth manager Kenny Jackett to pick a player called Anton Walkes in midfield in place of another fan favourite, Andy Cannon.

Jackett admitted he’d heard about the tweets over Pittman’s weight and his team selections but didn’t appear perturbed.

Jackett said: “I’ve got no real comment on this particular situation, other than of course it’s been mentioned.

“Anyway, social media is what it is and everyone is entitled to their opinion on it. That’s just how it is.

“You can’t get worried about these things. Opinions are opinions and they are out there on social media.”

In the past, Marie has also been known to respond angrily to social media posters who criticise her son.

And on Remembrance Day last month she tweeted: “Why do we not have our Poppy on and the other team have there’s on???” (sic).

Marie’s posts invariably spark lively debates among Portsmouth supporters but in her last tweet she said: “Sorry folks my son has barred me from Twitter.”

That led to a number of supporters urging her to keep on tweeting and they added #freemarie to their posts.

Striker Ronan (23), who was born in England but raised in St Johnston, Co Donegal, joined Portsmouth in May last year in a £100,000 transfer from Derry City where he had played for four years, making over 100 appearances and scoring 24 goals.

He made his international debut for Republic of Ireland in November 2018 in a 0-0 draw against Northern Ireland.

In a recent interview he credited former Derry manager Kenny Shiels – now boss of Northern Ireland’s international women’s team – as a major influence on him.

“He was a lovely man, he gave me my chance,” said Ronan, whose goal-scoring with Portsmouth has been attracting interest from several top clubs, including Derby County and Leeds United.

Earlier this year Marie was featured on Sky Sports as Ronan cooked a Mother’s Day meal for her.