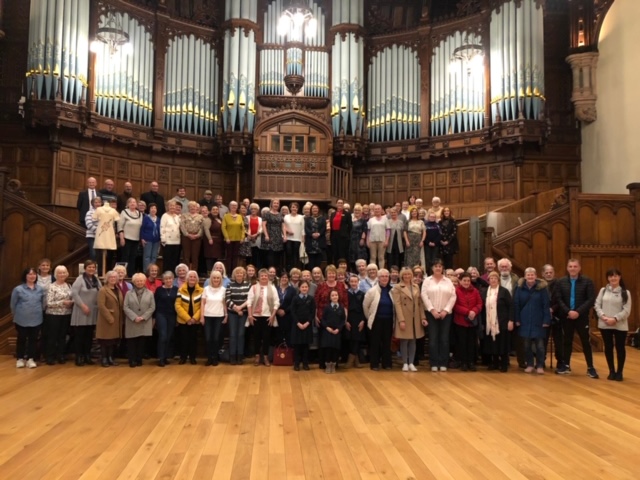 DANA was welcomed back to the Guildhall as she filmed a documentary to celebrate 50 years since her famous Eurovision win.

The TV piece, which will be broadcast on BBC and RTE next year, will mark a half century since the Derry singer achieved victory in Amsterdam with her song ‘All Kinds of Everything’.

Dana was given a tour of the Guildhall, with a copy of the winning record and a dress she wore at the time on display in the Main Hall.

Then, there was a special moment as over 100 local people joined Dana and Mayor of Derry City and Strabane District Council Michaela Boyle on the stage for a wonderful rendition of her famous tune.

Addressing the gathered crowd Dana said: “There’s no place in the world that I would rather celebrate 50 years since my Eurovision success.

“Looking around I can see so many familiar faces. I’m so proud to be here.”

The visit to the Guildhall was the final stage of the documentary, with Dana also visiting her old school, Thornhill College.

Mayor Michaela Boyle said it was an honour to host the Derry singer. 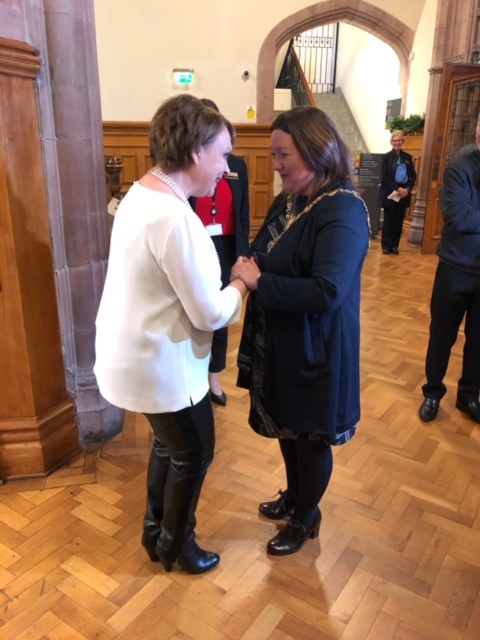 “This is without doubt one of my highlights so far as Mayor.

“Dana is such a huge part of Derry’s history, and you could see from the reception that she received today that she is as fondly thought of now as she was during her famous Eurovision win almost 50 years ago.

“I grew up listening to All Kinds of Everything and it’s a song that will always hold a special place in my heart.

“My mother always sang it to me, and now I have sung it to my children and grandchildren in turn.

“I am truly so delighted to host a Mayoral Reception for her and I’m proud that we at the Guildhall were able to play a role in marking the anniversary of such a wonderful achievement.” 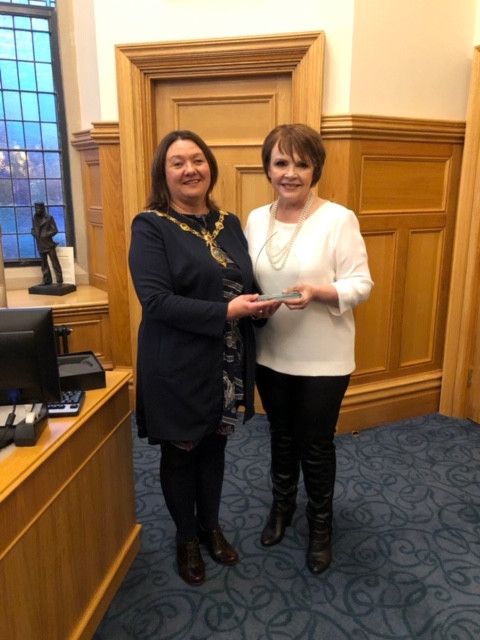