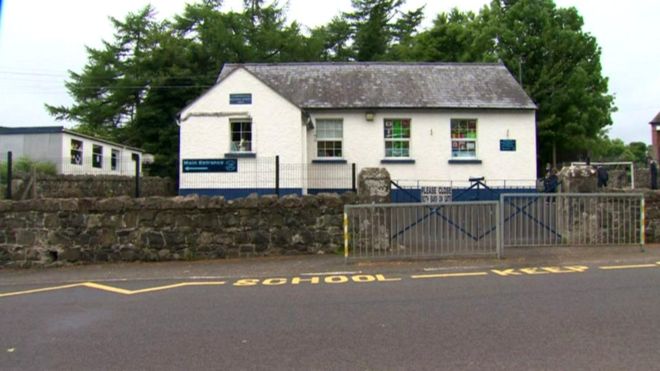 A CO Derry primary school earmarked to be part of NI’s first jointly-run church school is to close.

There was a plan to merge Desertmartin Primary with nearby Knocknagin Primary to be managed by the Church of Ireland and Catholic Church.

However, an agreement on jointly-managed schools between the four main churches will not be completed in time to keep Desertmartin Primary open.

Its enrolment had fallen to 11 pupils by September 2019.

The details are outlined in development proposal documents published by the Education Authority (EA).

The EA’s development proposal confirms that Desertmartin Primary School is set to close in August 2020.

It follows an earlier recommendation by the Church of Ireland’s Derry Diocesan board of education.

However, a final decision to close the school will ultimately be made by the permanent secretary at the Department of Education.

A jointly-managed church school (JMCS) would be run by Northern Ireland’s four main churches, would be faith-based and have a Christian ethos.

There are currently no schools of this specific type in Northern Ireland.

Desertmartin Primary and Knocknagin Primary – which is a Catholic maintained school with 70 pupils in 2018/19 – had planned to merge due to longstanding good relations and shared education work between both.

According to the EA document, there were a number of meetings held between the schools and representatives from the Church of Ireland and the Council for Catholic Maintained Schools (CCMS) to try to progress the move.

However, agreement between the four main churches on jointly-managed church schools has not yet been finalised.

“It was recognised that the governance and management of a JMCS requires an overarching ethos document, agreed between the four main church traditions at the central level,” the EA’s development proposal said.

“Work on this document is currently ongoing, with revisions being invited from the four main church traditions.

“Once finalised, the agreed statement will then form the basis of any future JMCS projects in Northern Ireland.

“Whilst this is the preferred option of the board of governors, this is also not achievable within a timescale that is going to contribute to the sustainability of Desertmartin Primary School.”

Desertmartin had 23 pupils when the jointly-managed church school proposal was initially made in 2016.

However, its pupil numbers have fallen to 11 since then and it is also in financial deficit.

Some parents who responded to an EA consultation expressed concerns that closing the school would have a negative impact on community relations in the area.

“Closing the only Protestant school can only have a detrimental effect on the village, as it will deter young families from moving to or staying in the village,” was among the consultation responses.

Others said it “robbed children from Knocknagin of the opportunity to be educated alongside others from a different background”.

However, some other parents who responded to the consultation agreed with the proposal to close the school.

While there are as yet no jointly-managed church schools in Northern Ireland, there are more than 60 integrated schools.

There are also a small number of independent schools run by individual denominations such as the Free Presbyterian Church.