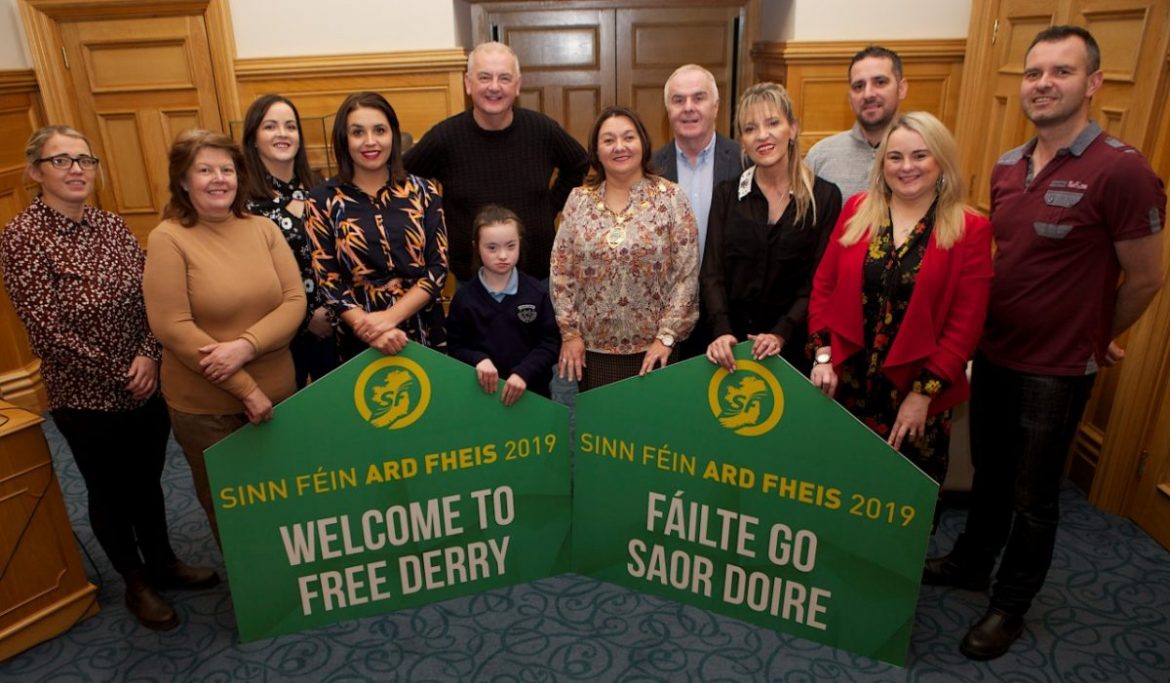 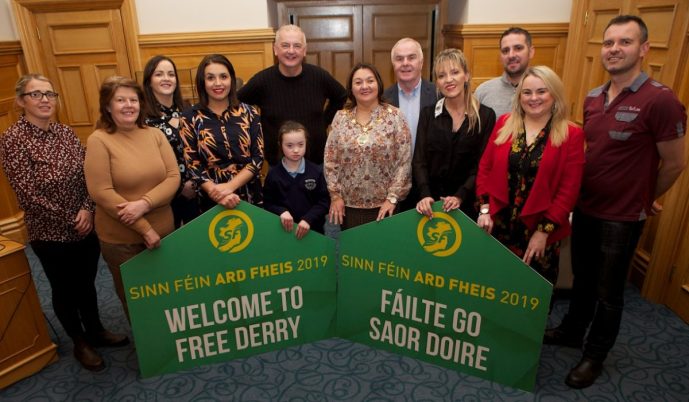 Speaking after hosting an event in Derry’s Guildhall to welcome Ard Fheis 2019 to the city, the Mayor said:

“I am delighted to welcome the Sinn Féin Ard Fheis 2019, which will take place on November 15 and 16 in the Millennium Forum, to Derry.

“This is a major event and will attract thousands of delegates from every part of Ireland as well as international guests from across the world.

“It is great to see the Sinn Féin Ard Fheis returning to the city having previously been hosted here in 2015.

“It is an excellent showcase for the city and is yet another major conference coming here, furthering Derry’s reputation as a premier conference venue.

“Not only will this attract many visitors to the city, it will also provide a welcome boost to the economy as many will be staying in local hotels.

“I look forward to welcoming the delegates to the city when they arrive next weekend for what is sure to be a successful event.”