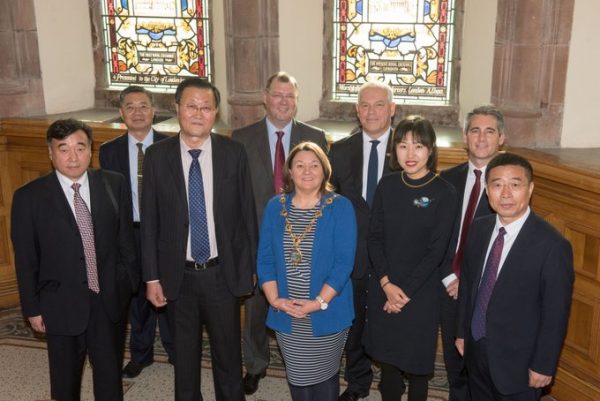 THE Mayor of Derry City and Strabane District, Councillor Michaela Boyle, welcomed a Chinese delegation to the city this week, here to meet with business and education representatives to discuss shared interests in a range of sectors.

The delegation was made up of members of the Chinese People’s Political Consultative Conference (CPPCC), a political legislative advisory body in the People’s Republic of China.

They met with representatives from the Chamber of Commerce, North West Regional College and Ulster University, as well as members of the local business communities during a series of engagements.

Welcoming the delegation Mayor Boyle said the visit provided an opportunity to share learnings in a number of areas.

“We have had some extremely positive meetings with representatives from the Dalian region of China, and we have been able to learn much about how they have driven innovation in industry and education.

“The delegates were very interested in our own work in the areas of housing policy, agriculture and the environment and had the chance to meet with representatives of DAERA and the NI Environment Agency, so it was an opportunity to exchange information and learnings in these areas.

“The visit is just the latest in a series of meetings and engagements between local partners in business and education which have been forging strong ties between the North West and China.

“Council and its partners have been actively working to establish meaningful international links that will benefit trade and investment in the North West and we are encouraged by the positive response from the delegation today.”

President of the derry Chamber of Commerce, Brian McGrath said: “I was pleased to be able to welcome members of the Dalian region of China to the North West today, on behalf of the Chamber.

“It is vital that we strengthen our links with one of the largest economies in the world to boost opportunities for greater investment and trade between China and the North West. 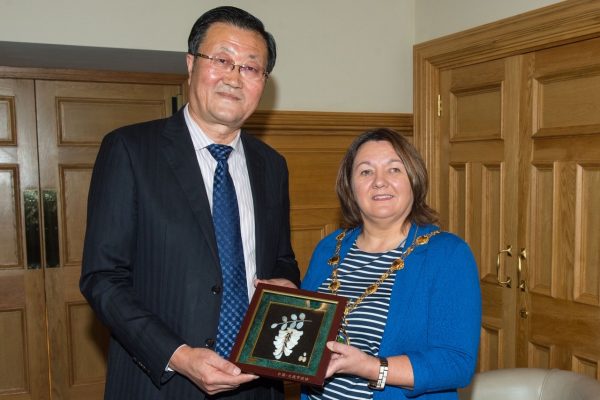 “We have many world class businesses here and building these links ensures connectivity for them to the rest of the world in terms of trade and investment.

“It has also been a good opportunity to exchange perspectives and ideas on areas of common interest such as agriculture and manufacturing and we were pleased to be able to show them around Foyle Port as part of the visit.”

The delegates enjoyed a tour of Derry’s historic Walls, and later paid a visit to Evermore Energy, Lisahally Power Station and Foyle Port.