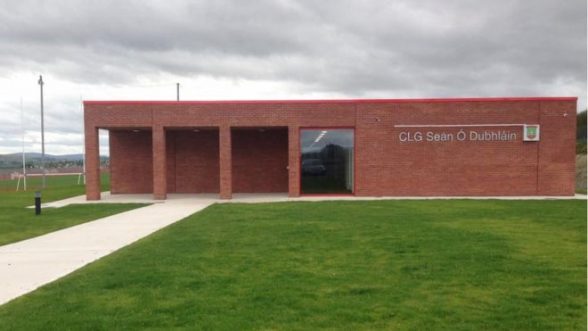 SINN Féin Councillor Tina Burke has praised Sean Dolans GAC for their continued work towards further developing their new facilities at their Creggan base.

She said: “For the past number of years, Sean Dolans have been working in conjunction with Radius Housing Association and a range of stakeholders to develop not only social housing but also state of the art sports facilities within the site at Piggery Ridge.

“The new facilities will include an indoor 3G facility, further development of the current clubhouse and additional social space that is intended to be used in activities that will also develop language and culture.

“Looking at these plans it is clear that Sean Dolans GAC is intent on building a community and cultural hub within the Creggan community.

“They should be commended for the sterling and tireless work to date by a small group of volunteers to get the club to this point with a vibrant underage structure which is providing an invaluable service to the youth of the TRIAX area.

“And quite literally rising out of the ashes into a stronger, more resilient club with first class facilities.

“I would urge the community in Creggan to get behind the club to ensure that this development is successful in building a vibrant Gaelic community not just in Creggan, but in this city.”