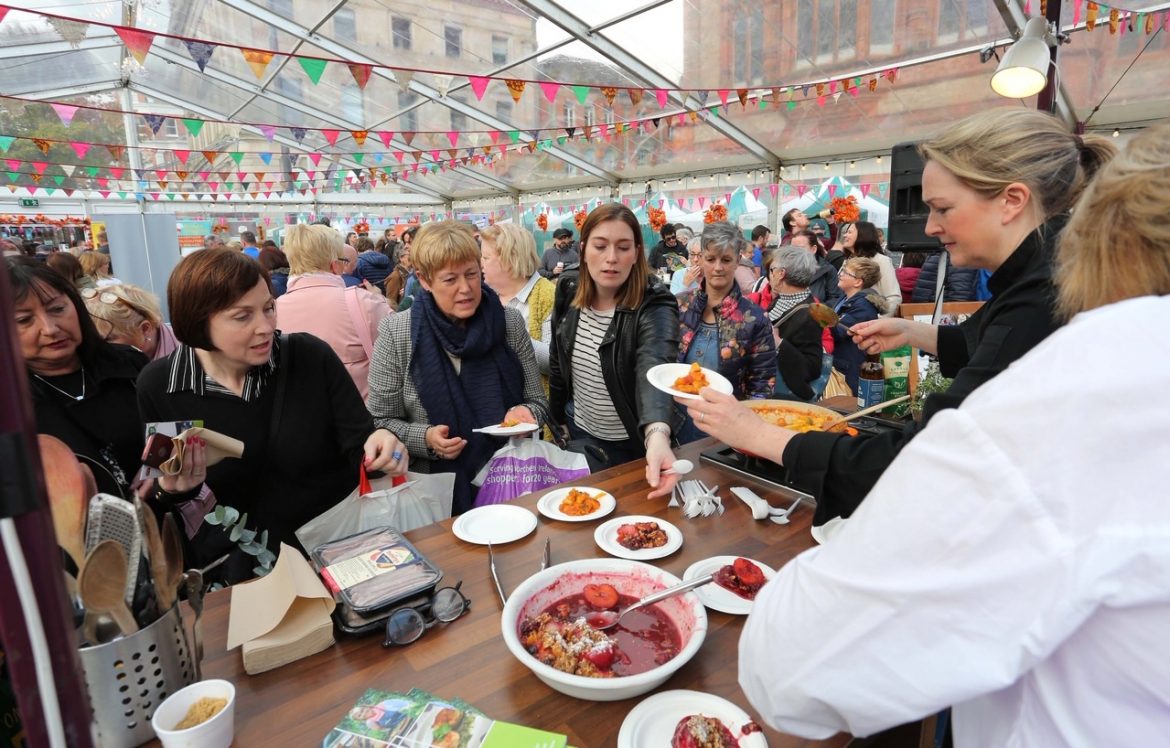 Slow Food Festival a huge success with 20,000 foodies and families from near and far 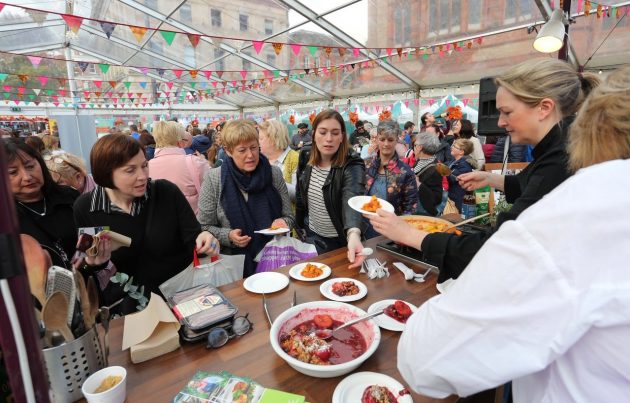 FOODIES and families from near and far have been singing the praises of this year’s Slow Food Festival which attracted 20,000 visitors before it drew to a close on Sunday.

In its fourth year, the extended five-day event has been an outstanding success for organisers from Derry City and Strabane District Council.

The two-day Harvest Market marquee which attracted dozens of local producers as well as celebrity chefs in the kitchen was supplemented this year with a full programme of additional foodie experiences, from an Italian extravaganza to a long table dining event, from beer and cheese tours to the launch of a new Irish oyster stout.

The Lough Foyle Irish Flat Oyster was undoubtedly the star of the show with visitors queuing up to taste this seasonal delicacy unique to the area.

The Mayor, Councillor Michaela Boyle, was delighted to see thousands of people from the region and further afield visit the city to feast on the flavours of the festival, the only one of its kind in Northern Ireland.

She praised the council’s Tourism department, the local food producers, chefs and brewers who are helping shine a spotlight on the area as a dedicated food destination after having been named NI Food and Drink Experience of the Year 2018 by Tourism NI and Best Tourism Event at the North West Business Awards.

Chefs from all over Ireland were in town, including Catherine Fulvio, Jenny Bristow, Brian McDermott and Ian Orr, to give inspiring cookery demonstrations using the abundance of fresh, local ingredients on hand. They were joined by Slow Food NI Director, Paula McIntyre.

Slow Food is a global, grassroots organisation that started in Italy in the 1980s and promotes the true enjoyment of high quality, local foods, produced in a good, clean and fair way and with a commitment to the community and environment.

Due to demand, the marquee remained open until 9 pm on the Saturday to allow those attending more time to sample the sweet and savoury treats and discuss their provenance with the artisan suppliers.

Guildhall Square was buzzing throughout the event with foodie followers keen to try out new flavours both within the marquee and, for the first time this year, in the nearby street food zone. 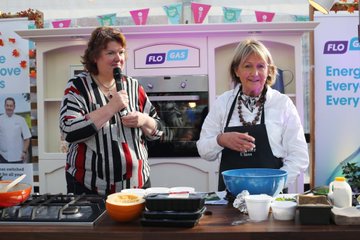 The launch of Foyster, a new oyster stout using the native Lough Foyle Irish Flat Oyster, a collaboration between Walled City Brewery and SippyFest, was a highlight of the event, as was the Taste of LegenDerry Slow Food Dining Experience which was a team effort involving the producers, restaurants and cafes affiliated with the recently-formed LegenDerry Food Network.

Jennifer O’Donnell, Tourism Manager with Derry City and Strabane District Council, the main organiser of the event, was thrilled that all their hard work paid off so successfully.

She said: “We are really delighted with the huge turnout of visitors to the Slow Food Festival securing our reputation as a big player in the food scene.

“There has been overwhelmingly positive feedback from our producers and chefs as well as those attending.

“The festival appealed to both serious foodies and families looking for something fun to do and all the children’s attractions such as the kids farm, food workshops and urban bee-keepers will ensure a new generation will be choosing ‘good, clean and fair’ food as promoted by the slow food movement.”

The Slow Food Festival was organised by Derry City and Strabane District Council with funding from Tourism NI and the Department of Agriculture, Environment and Rural Affairs (DAERA).

Slow Food Festival a huge success with 20,000 foodies and families from near and far was last modified: October 14th, 2019 by John