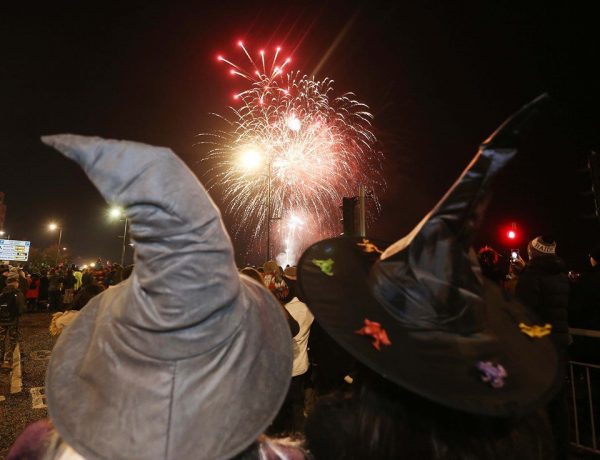 THE Derry born Mayor of Burnaby in Canada is sending a five-person delegation to Derry City and Strabane District Council’s Halloween festival later this month in a bid to emulate their world renown celebrations.

Mike Hurley was born in Magherafelt in 1958 and moved to Canada in the early 1980s where he served in the Burnaby Fire Department for thirty years until his election as First Citizen of the city last year.

During his four year term he is hoping that Burnaby, which has a population of more than 230,000 people, can develop a Halloween festival to match Derry’s – voted the Best Halloween Destination in the World by USA Today.

“The Derry Halloween celebrations started after I moved to Canada but I’ve always followed it and I know a lot of people attend every year,” explained Mayor Hurley who is a former Under 21 Gaelic footballer with county Derry.

“We are always looking for ideas to bring commerce to our city, our hospitality industry isn’t as busy at this time of year so we feel it is an opportunity to bring in more visitors and hopefully build something.

“We know it will take time if we are ever to reach the scale of the Derry celebrations and that’s why we are sending over a delegation to see if we can learn more.

“We’ll have a look and hopefully see what aspects we can emulate. We have a major river at both sides of our city and two lakes so there’s the opportunity to possibly have a fireworks display on the water like Derry.”

Mr Hurley initially settled in Vancouver in 1983 but moved to Burnaby in 1988 where he joined their Fire Department and advanced from driver all the way up to Acting Assistant Chief.

He served as Vice President of the Burnaby Fire Fighters Association from 1996 to 2001 before moving up to President through to 2009.

As President of the Professional Fire Fighters’ Burn Fund, he led a charity effort to raise $15 million CAD to build a facility to accommodate families and burn unit outpatients from both Vancouver General and BC Children’s hospitals.

He has received the Queen’s Golden Jubilee Media and Diamond Jubilee Medal for his service to the community.

“I’m from a small village called Gulladuff, and growing up I had a typical Irish upbringing, playing a lot of gaelic football and playing lead and bass guitar in a number of bands,” he recalls. 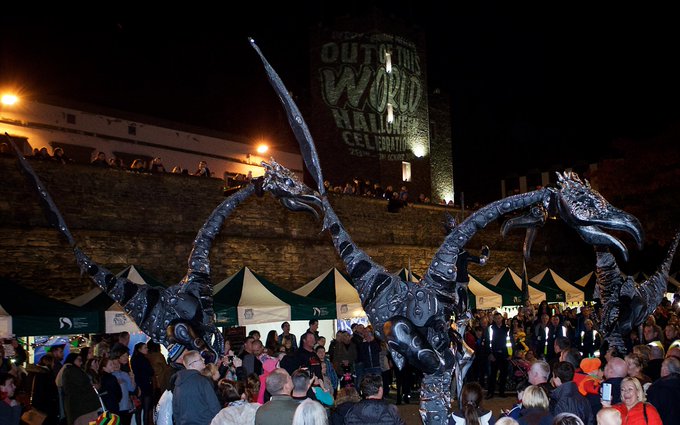 “I have great memories of the city of Derry, playing in dancehalls like the Embassy Ballroom and the Stardust and attending dog racing events at the Brandywell.

“In 1983 I travelled to Vancouver with a band and I liked Canada right away. I ended up coming over another three times.

“Times were hard in Northern Ireland in the late 70s and early 80s with the political unrest and I felt there were more opportunities in Canada so I decided to stay here,” he said.

“Mayor Hurley pulled me aside at a lunch recently and told me about the Derry celebrations and asked if we could look into doing something similar here,” Mr Peters explained.

“We have some existing festivities for Halloween: we have a Victorian Village with 25 buildings where we have people dressed up in period costumes but we have no umbrella festival.

“I had a look online at some of the videos and news stories, I have to say I was really impressed and we decided to make the trip to Derry for this year’s festival to learn more.

“We are a very diverse city, two thirds of our residents weren’t born here and there are 115 different languages spoken here so we have plenty of different cultures to celebrate.

“We don’t have anything like Derry’s Halloween celebrations here so we want to experience it first hand,” Peters said.

The delegation will arrive in Ireland on Monday October 28th and during their five day stay in Derry they will meet with the Mayor and representatives from Council to discuss a wide range of aspects of the festival.

“We’d like to learn how the Derry festival organises, how things like crowd control, security procedures and other logistics are managed, how the event is marketed and how such large crowds of visitors are accommodated,” he continued.

“I know there is a big community element to the festivities so we are interested to see how the various organisations work together to deliver the event.

“Even at this early stage we are pleased with the response of the public, off the back of the initial story on the local newspaper, Burnaby Now, I’ve has 30 or 40 phone calls from people and organisations expressing their desire to get involved. 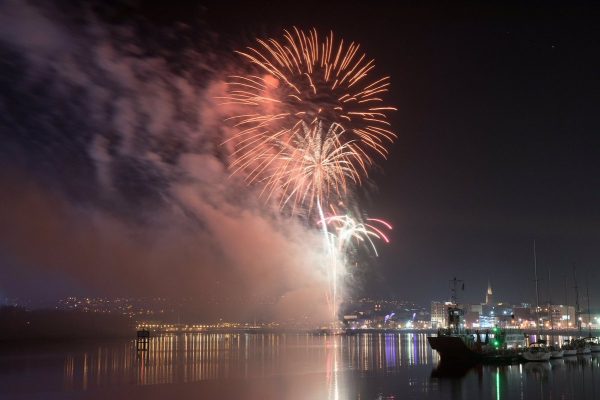 “We want to host our first festival in 2020. Halloween night falls on a Saturday next year so there’s a chance to have a three-day festival over the weekend on Friday, Saturday and Sunday.

“If we can build the festival’s scale and profile each year we would hope to have a week long festival similar to Derry’s by 2025,” he said.

Highlights of this year’s Derry Halloween – voted Best International Experience at the NI Tourism Awards – include the Awakening the Walls trail around the city centre, the Carnival Parade and fireworks finale, Little Horrors family fun, and the first-ever LegenDerry Halloween food event.