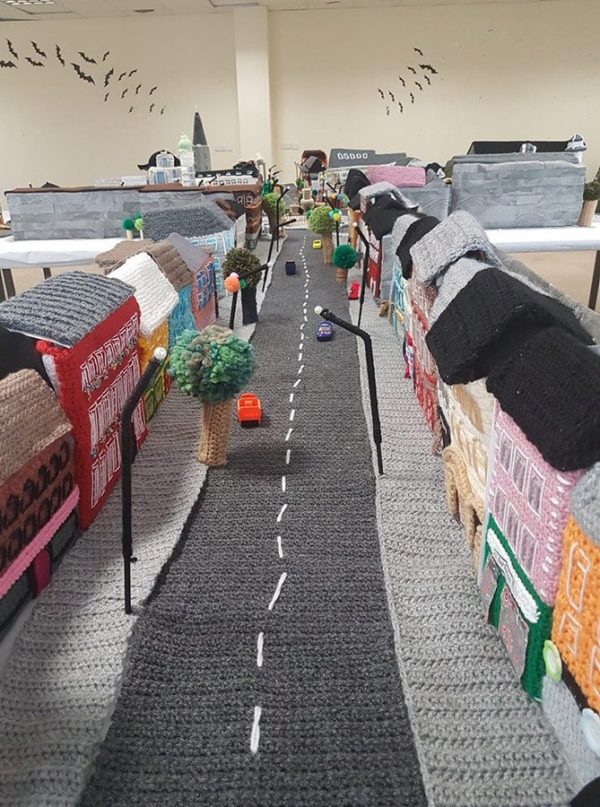 A stunning crochet artwork depicting Derry’s city centre within the city walls has gone on display on the ground floor of the old Ulster Bank Building at Waterloo Place.

The Crafting the Walled City artwork, made by artist and crochet expert Aine Clare with the help of tourists and the general public, has been created to celebrate the historic landmark of the 400th anniversary of the completion of the city walls.

The finished work was launched on Culture Night and is on display for the public to view at 1-3 Waterloo Place until Friday 11th October from 12 noon until 3pm.

During the summer months, visitors to the Walled City were invited to take time out of their schedule to sew, knit, crochet and craft a section of the masterpiece at the Holywell Trust offices.

Jennifer O Donnell, Tourism Manager with Derry City and Strabane District Council, encouraged the public to go along and view the artwork for themselves.

“This fantastic craft project is a unique and beautiful way to mark the Walls 400 anniversary,” she said.

“As well as creating a lasting tribute, it is a great way for visitors to the city to take part in some activity while they’re taking in Derry’s Walls.

“It has been designed to scale and people can have fun trying to identify each property.”

The full programme of events to celebrate Walls 400 can be viewed at www.walledcity400.com and you can follow the celebrations and share you own experiences online using the hashtag #Walls400.