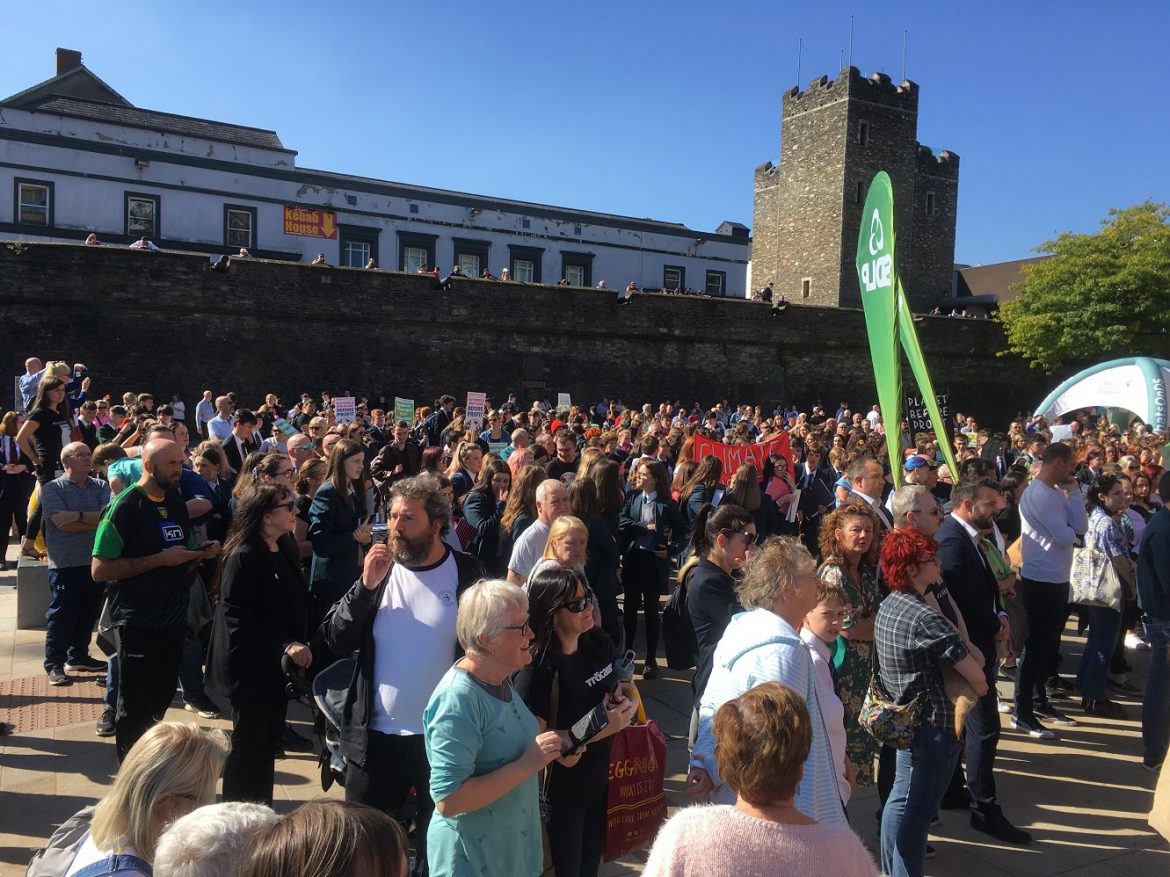 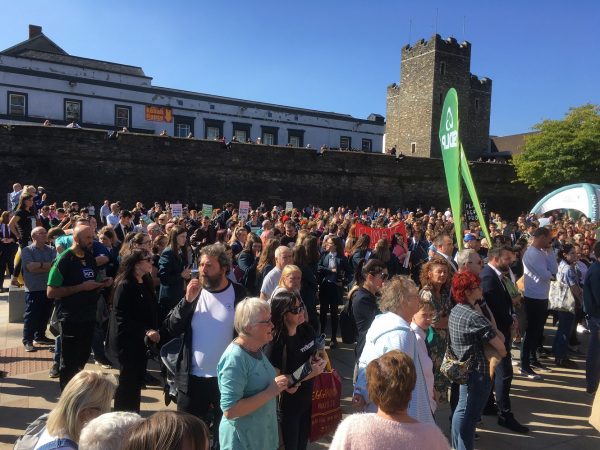 THOUSANDS of people have gathered in Derry and Belfast to protest against climate change.

Many schoolchildren were present as a demonstration started at Derry’s Guildhall.

A protest has taken place in Derry’s Guildhall Square, where hundreds of school pupils joined families and workers in the call for immediate action on climate change.

Emma Farren, one of the organisers of the Derry protest, said momentum was building locally and globally. 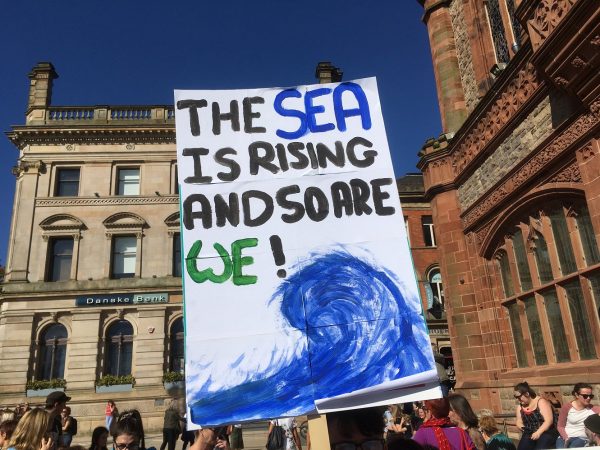 “Our last strike in July got about 15 people – now we are standing here and there are hundreds of people.

“There is nowhere to hide from it now,” she said.

Said Mr Eastwood: “The message from Derry is clear today – it’s time the governments of the world come together and give the #climatecrisis the attention it needs.

“Our house is on fire.

“We need to do something before it’s too late.”

The North of Ireland protests are part of a series taking place across the UK, with pupils leaving schools and workers downing tools as part of a global “climate strike” day.

A rally was also held at Belfast City Hall where there were calls for more action to combat global warming.

Some protesters held a short “die-in” to highlight the threat they say climate change poses to humanity.

Rallies are taking place in cities including London, Manchester and Glasgow, urging “climate justice” and an “end to the age of fossil fuels”.