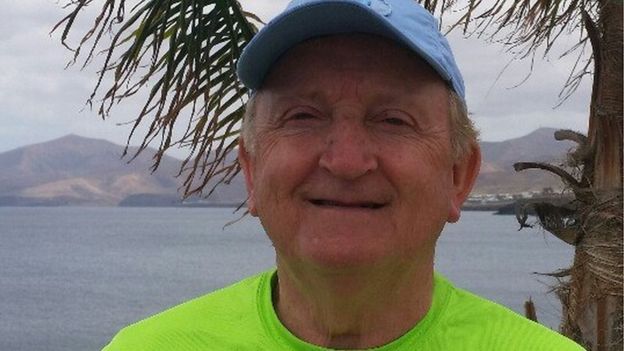 Dad was ‘sitting in his own dirt’ at Owen Mor care home, says heartbroken son

The son of an elderly man who was a resident of Owen Mor care home in Derry has said an apology from management over care standards does not go far enough.

Michael Stewart said his dad’s catheter bag was frequently allowed to fill with blood and his soiled nappies were not changed.

A spokeswoman for the care home said there was “ongoing engagement with the Stewart family”.

Owen Mor’s management previously apologised for the treatment of those in its care after inspectors highlighted concerns.

RQIA inspectors were critical of inadequate records about areas of patient safety, such as falls, feeding and nutrition.

The home’s management said it was working with the RQIA and the Western Health and Social Care Trust to address “four outstanding compliance issues”.

Mr Stewart said he felt as if it his father “did not matter” because he had dementia.

He said: “It has just been so degrading for my father, it is as if they think he is not there.

“Of course he is there. He knows what is going on half the time.”

Mr Stewart said he often found his father “sitting in his own dirt”, sometimes for four nights in a row.

“When you try to complain, they turn it back around and say he was found dirty because he was being difficult.”

Mr Stewart said his father was by nature a “loving and caring man” but there was little understanding of the challenges presented by his dementia.

“It has been heart-breaking to watch,” he said.

Mr Stewart said he did not blame carers, who “should not be put in the very compromising positions they are put in”.

He said he had followed all complaints procedures and felt let down by everybody.

“For a home to be running like that, to take on the responsibility of 81 human beings, with all the different things they are coming with, just beggars belief,” he said.

The nursing home on Derry’s Culmore Road first came under the spotlight in May following an inspection.

On Sunday the home’s management apologised for the treatment of those in its care.

“At Owen Mor our priority is to deliver the highest possible standards of care with compassion,” management said a statement.

“We apologise to our residents and their families that, over the past few months, we have fallen short of our regulatory requirements and are working to ensure that these are fully reinstated.”

Commissioner for Older People, Eddie Lynch, said on Monday that he could not rule out ordering an inquiry into the Derry home.

Dad was ‘sitting in his own dirt’ at Owen Mor care home, says heartbroken son was last modified: September 18th, 2019 by John