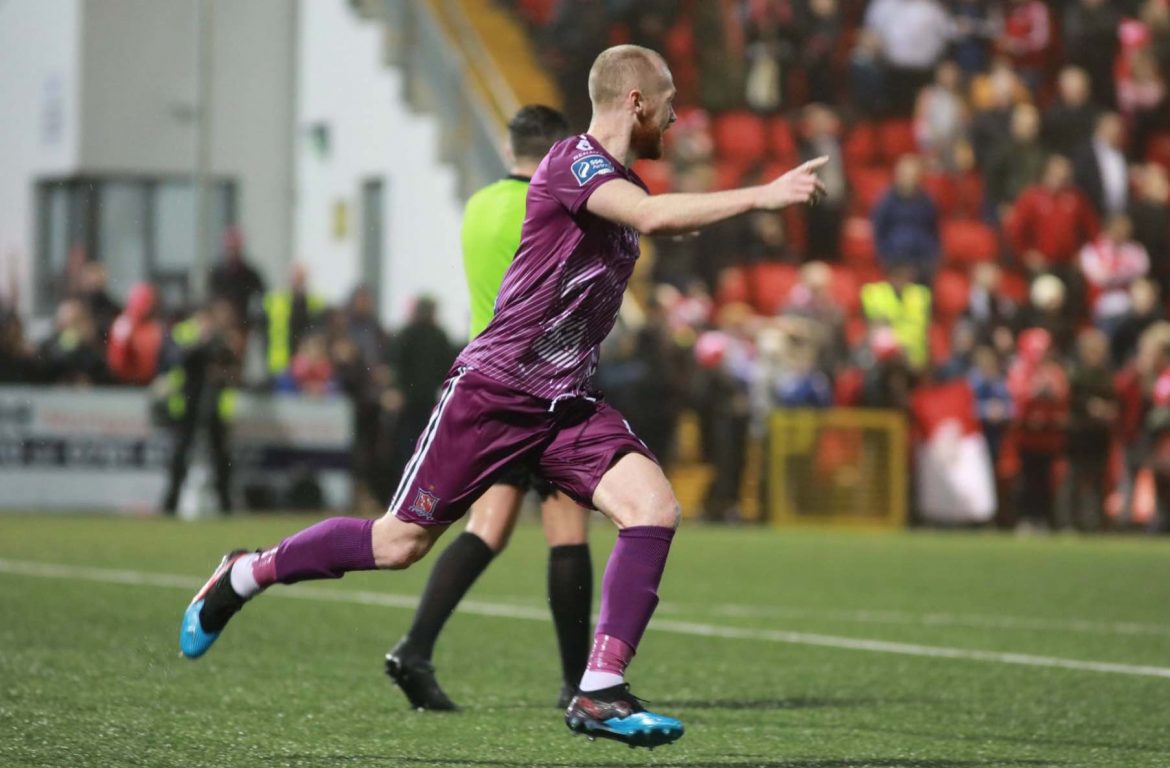 DUNDALK WON the EA Sports Cup in a penalty shootout at the Ryan McBride Brandywell Stadium after thrilling 2-2 encounter against 2018 winners Derry City.

Patrick Hoban, Michael Duffy, Daniel Clery, Dean Jarvis, Sean Hoare and Chris Shields scored from the spot for Dundalk and even though Cherrie saved from Robbie Benson it was to no avail.

In normal time, goals from David Parkhouse and Junior Ogedi Uzokwe were cancelled out by Michael Duffy and Sean Gannon.

Derry City took an early lead when David Parkhouse opened the scoring for the home side after three minutes. 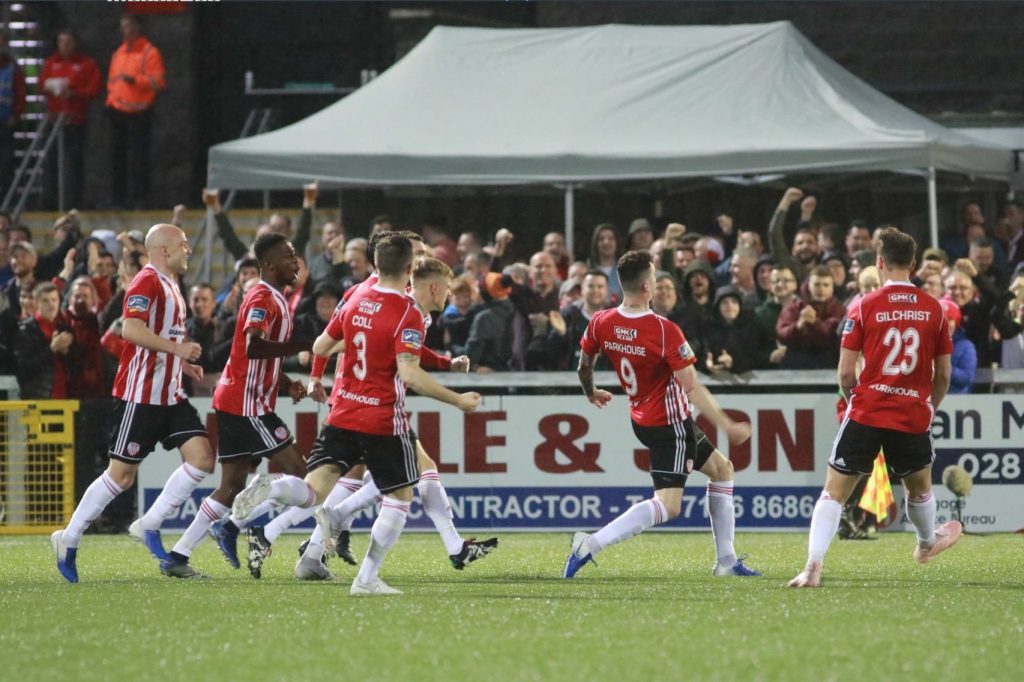 To Dundalk’s credit, they responded well and they snatched an equaliser after 38 minutes when Michael Duffy’s superb strike from the edge of the penalty area diverted beyond Cherrie. 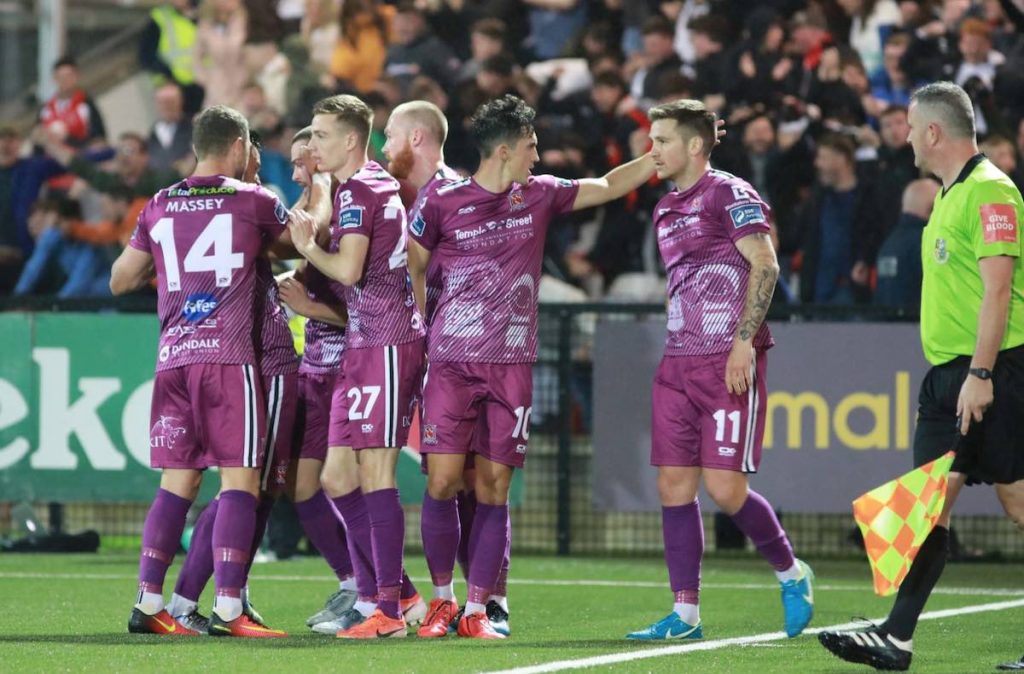 Shortly after the restart, Dundalk started the second half similar to the first as City, who had virtually none of the ball in the opening 45 minutes, restored their lead.

Scampering on the counter-attack, Barry McNamee found Junior with a deft pass and a costly slip from McGrath gave the City winger the incentive – his speculative effort deflecting off Sean Hoare to send the Brandywell faithful into a frenzy. 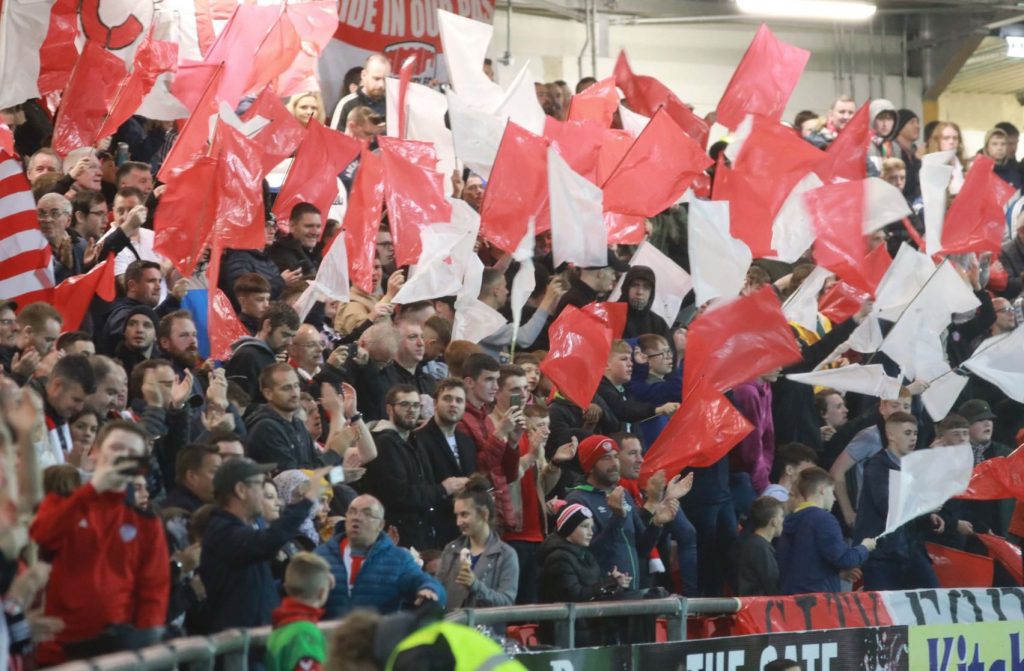 But the air was soon sucked out of the Lone Moor Road stadium when Grant Gillespie picked up his second booking of the contest to reduce Devine’s outfit to ten men.

It looked only a matter of time before Dundalk scored the equaliser and with 20 minutes to go, Duffy, instrumental as ever to the Dundalk attack, forced Cherrie into an awkward stoppage, but with Gannon lurking the visitors snatched the leveller to send the game to extra-time.

For all of Dundalk’s attacking talent and control it was City after 109 minutes that should have snatched the lead when Michael McCrudden failed to beat the goalkeeper from close range.

In the end, Dundalk claimed the first major trophy as they chase a historic treble.

Duffy kept Dundalk ticking over throughout and while a treble is still a distant prospect for Perth’s side, they have hit their first target.