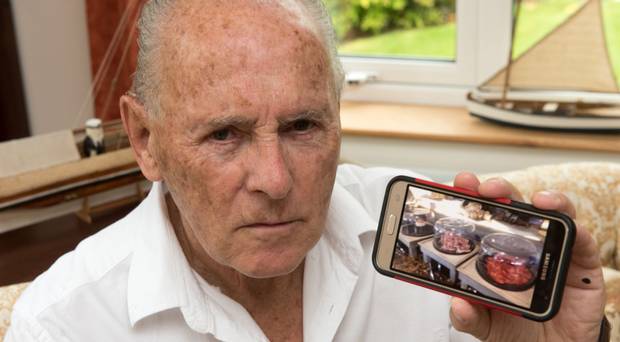 A DERRY doctor has hit out after a “ludicrous lunch offering consisting of a scone and some ham” cost over £50 at Belfast International Airport.

Angry Joseph Ward had made a reservation for himself and wife Nadine in the Causeway Lounge ahead of their holiday flight to Spain on August 27, pre-paying £27.50 each.

But when the couple arrived at noon last Tuesday expecting “a reasonable presentation of food”, they were met with a “paltry selection” which included “some slices of chorizo and ham” and “a solitary scone”.

The 78-year-old, a frequent flyer, said he felt compelled to speak out “as a warning to other families” who “may feel quite cheated when they get in there and see what’s on the menu”.

In an interview with the Belfast Telegraph, Dr Ward said: “When we arrived there was one scone on a plate as well as a plate of chorizo and a plate of Parma ham.

“I’m a vegetarian. I told them I couldn’t eat any of it.

“And I pointed out that their food offering actually eliminated a series of the population, including Indian and Muslim families.

“Previously when I’ve been in the Causeway Lounge there have been chicken wraps, cheese and cream wraps, a selection of sandwiches, biscuits and that kind of thing. But what we got last week was a disgrace.” 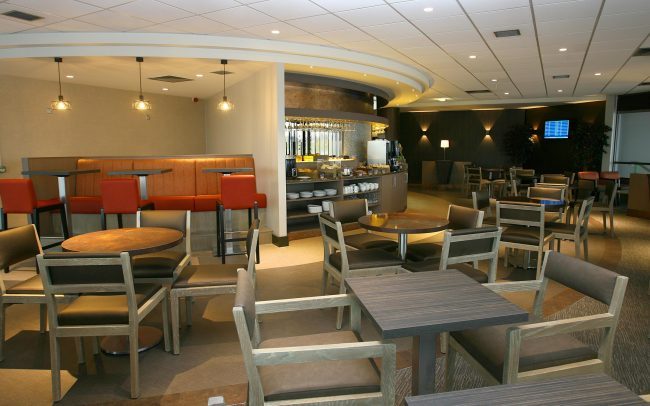 A spokeswoman for Belfast International Airport told the Belfast Telegraph yesterday Dr Ward had been given an apology and offered a full refund.

Dr Ward said he told a staff member that the selection of food on offer was “an absolute disgrace” and “not value for money”. He also asked for his money back on the day.

“The customer service person who came along was very apologetic,” he said.

“I was told there had been complaints about the food and they were looking into it but I told the staff member that it wasn’t good enough.”

The doctor added: “It’s supposed to be an international airport.

“I told the customer service person that the whole situation reflects very badly on Belfast.”

Having eaten at the Causeway Lounge on previous occasions without complaint, Dr Ward said the whole experience was extremely unsettling.

“They seem to have forgotten there’s a whole lot of people who can’t eat chorizo and Parma ham,” he said, revealing that he was “given some dough bread” when he complained.

“It certainly fell well below our expectations – last September when I took my family there we had no complaints at all.

“They had a selection of sandwiches and wraps a year ago. Their offering was significantly different then compared to now.”

Dr Ward said there was no excuse for the eatery, which is owned and run by Belfast International Airport, to exhibit “such a paltry food offering”, which he added “isn’t in the same playing field as its competitors”.

“I’ve travelled through a lot of airport lounges and this is the worst I’ve ever experienced,” he said.

“It was 12 o’clock so there’s no excuse; they can’t say they just finished breakfast and everybody’s eaten the food.

“We were expecting a nice lunch, which we’d paid for, and it was hugely disappointing. We could’ve walked across the road to the Maldron Hotel and had a nice lunch for half the price and caught my plane quite easily.”

He added: “The Causeway Lounge isn’t value for money and I think the offering doesn’t exhibit at all any foodstuff from Northern Ireland that there should be at an international airport.”

Describing himself as “a reasonable man”, he said he had nothing but praise for the “terrific staff” who handled the complaint.

“They were apologetic but the food was dreadful,” he continued.

He stressed that those with dietary requirements – including those who exclude food groups on religious grounds – would be disappointed by the options he saw during his visit.

A spokeswoman for Belfast International Airport apologised to Dr Ward and confirmed that he has been offered a refund.

“We are in receipt of Dr Ward’s complaint and, as per procedure, we have investigated and since responded to him directly offering a full refund,” she said.

“We are very sorry that Dr Ward did not enjoy his recent visit. However, the Causeway Lounge is enjoyed by many thousands of passengers every year and we are very proud of the service we provide.

“We regularly review our food and service offering and fully appreciate all feedback from our passengers.”