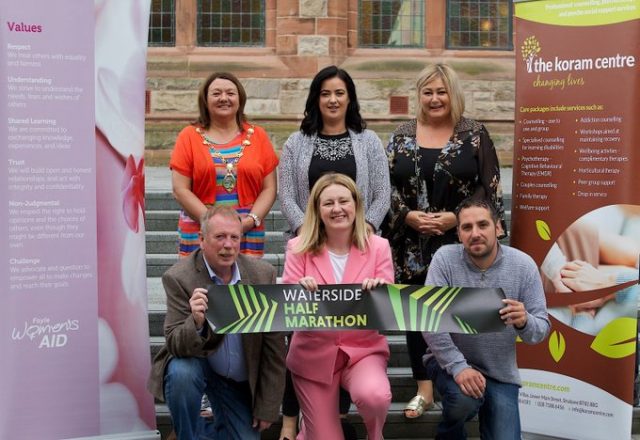 JUST three months after successfully running for election, three local politicians will do a different form of running this weekend in a bid to raise funds for the Mayor’s Charities at the Waterside Half Marathon.

Derry City and Strabane District Councillors Phillip McKinney (Alliance), Christopher Jackson (Sinn Fein) and Mary Durkan (SDLP) will put party loyalties to one side to form a relay team to take on the 13.1 mile course this Sunday, September 1.

All sponsorship money will go directly to the Mayor’s Charities; Foyle Women’s Aid and the Koram Centre, Strabane.

Councillor McKinney, a member of Eglinton Road Runners, first muted the idea three or four weeks ago and was pleasantly surprised at the enthusiastic response of his fellow elected members.

“I mentioned the idea to the Mayor who thought it was a great idea and originally we had five elected members who had expressed an interest but due to other commitments Councillor Sean Harkin and Alderman Ryan McCreadie were unable to take part,” he explained.

“I’ve done the Lisburn Half Marathon and Great North Run previously but I’m 60 now and 4 or 5 miles does me, Mary Durkan has run marathons in the past and Chris Jackson plays soccer and gaelic so he’s a fit boy and we should all be able for it.

“Chris is going to do the first five miles then I have a four mile stint that includes the Foyle Bridge which I’m not looking forward to before Mary gets the glory run for the last four miles and across the finish line.”

Over 2,000 runners are expected at the start line this weekend at the 38th staging of the event which is hosted by Derry City and Strabane District Council in partnership with City of Derry Spartans. 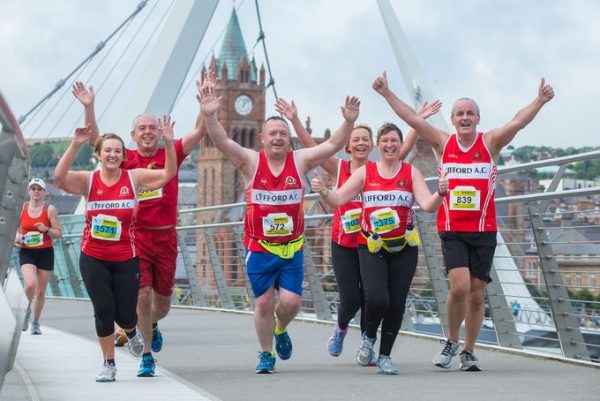 Runners will wind their way from the Ebrington site start, along the banks of the Foyle, crossing both Foyle Bridge and the Peace Bridge en route to the finish on the St Columbs Park track.

Assisted Wheelchairs, racing wheelchairs and runners of all abilities including around 80 Relay teams of three, will be in the line-up for the biggest and most prestigious local road race.

Assisted wheelchairs have a 9.30am start, the racers go at 9.55am with all the runners off at 10am.

Mayor of Derry City and Strabane District Council, Councillor Michaela Boyle, will start the race and will be there to welcome runners home at the finish line at St Columb’s Park.

The public can donate to the fundraising effort through the Councillors themselves, at the Council Offices or online at www.justgiving.com/thekoramcentre or www.foylewomensaid.org

Full race instructions and traffic and travel advice for Sunday are available at www.derrystrabane.com/whm