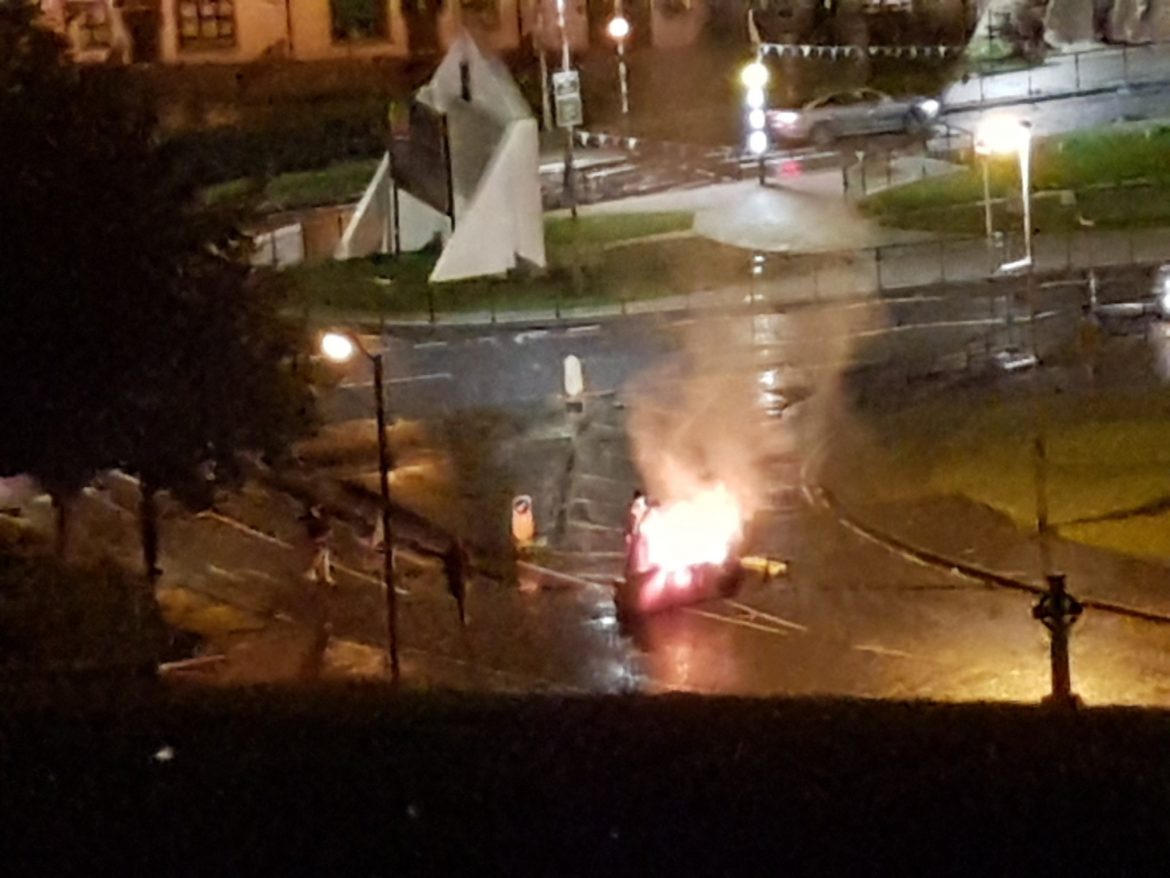 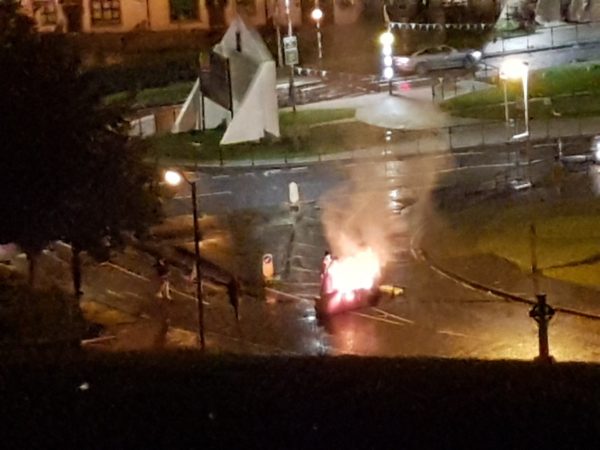 Burning pallets on Fahan Street during rioting on Saturday night

POLICE on patrol in Derry were attacked for a second night of trouble in the city over the weekend.

No one was injured but a police vehicle was damaged during the violence.

On Saturday night, police were attacked with up to 20 petrol bombs and two petrol bombs were lobbed over Derry’s Walls in the direction of the Memorial Hall.

Derry police commander Superintendent Gordon McCalmont said: “At around 10.45 pm on Saturday st night police received a report that 2 petrol bombs had been thrown over the city walls close to the Memorial Hall in Derry.

“On Saturday night the Memorial Hall was busy with people socialising after the parade in the City and, while no one was injured, this could have been much different had it not been for the actions of police.

“Police who deployed to the area to prevent further disorder were subsequently attacked by persons who threw 15-20 petrol bombs and other missiles in the area of Fahan Street.

“A number of pallets were also placed on the street and set on fire.

“Fortunately, no injuries were sustained by officers, but this violent behaviour cannot be tolerated.

“Calm was restored shortly after 1am and Police remained in the area and monitored the situation throughout the night.

“A thorough police investigation is now underway to identify those responsible and seek to bring them before the courts and I would appeal to anyone who has any information about what happened last night to contact police.

“Alternatively information can also be provided to the independent charity Crimestoppers on 0800 555 111.”

Police attacked with petrol bombs on second night of violence in Derry was last modified: August 12th, 2019 by John