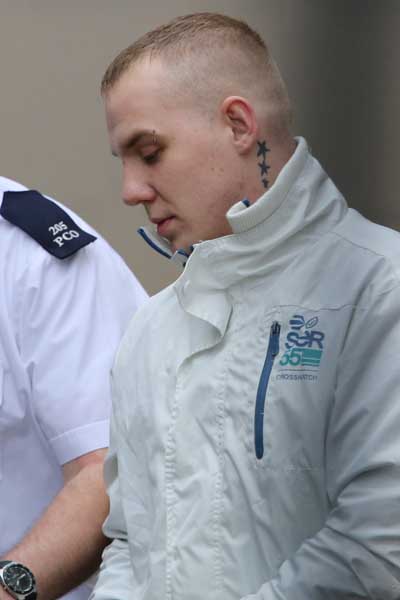 A man previously jailed for his involvement in the death of a PSNI officer in Derry has been sent back to prison for attempted robbery.

The Belfast Telegraph reports today that Conor Clarence (30) threatened to stab a pregnant shop manager during a three-day drink and drugs binge.

Yesterday he was handed a seven-year sentence.

A court heard how Clarence had consumed a “bewildering cocktail” of alcohol, heroin, cocaine and Diazepam when he attempted to rob two businesses in Limavady last June.

Both the DV8 store on Main Street and the nearby Craigs Service Station were targeted by a knife-wielding Clarence on a busy Saturday afternoon.

Jailing Clarence, Judge Brian Sherrard said small businesses and their employees are entitled to feel safe and should be protected by the courts.

Telling the Limavady man that his actions instilled fear, Judge Sherrard said half his sentence will be served in prison, with the remainder on licence.

Clarence had previously been jailed over the death of PSNI constable Philippa Reynolds (27), who was killed in 2013 when a stolen car crashed into the police vehicle in which she was a passenger at Dale’s Corner in the Waterside.

Yesterday he was in court again for sentencing over the attempted robberies. 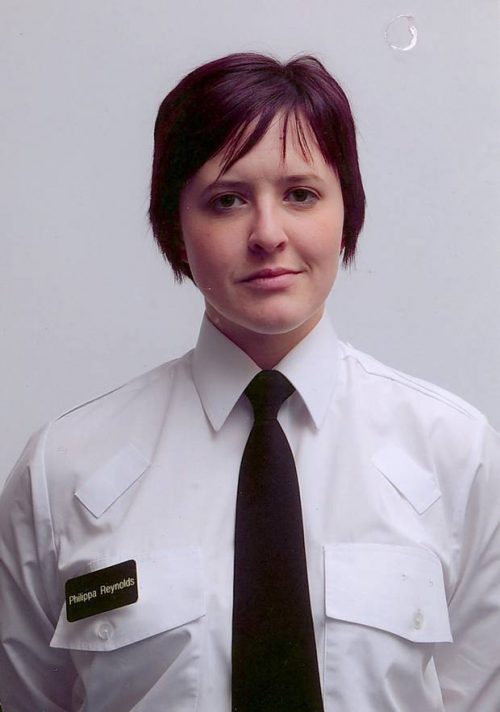 Ms Kitson said that on 2.25pm on the day in question the pregnant manager of the DV8 store was alerted to a person in the store wearing a grey beanie hat over his face with a hole in it.

The prosecutor said at first the manager believed it was a joke, but Clarence approached the counter holding a large knife and said: “Give me the money in the till or I will stab you.”

She told Clarence there was no money in the till and he again made his threat to stab her.

When she repeated herself, Clarence said: “I’m desperate, just give me the money.”

Antrim Crown Court, sitting in Belfast, heard Clarence then turned away from the counter, picked up a plastic bag containing glass bottles and walked out.

Five minutes later he entered a service station 350 yards from DV8. An employee heard a man shouting in the store, wearing a grey hat and armed with a knife.

When the shopkeeper told Clarence “I know who you are”, Clarence left the store and the worker called the police.

He was detained in his Roeview Park home a short time later and during his arrest he struggled with an officer.

Ms Kitson said that during interviews Clarence gave a “no comment” response.

She also revealed he had an “extensive” criminal record.

A defence barrister said Clarence had instructed him to apologise “not just to the court but also to the individuals in the shop in whom fear was instilled”.

The barrister said Clarence was unaware the manager in DV8 was pregnant – something which he said caused “real regret” – adding his client’s thinking was distorted after consuming a “bewildering cocktail” of drink and drugs “for three consecutive days”.

Regarding the two attempted robberies, the defence barrister said they were unplanned, unsophisticated and there was “never an intent to use violence… his intention was just to scare”.

Judge Sherrard spoke of the serious nature of the offences, and the fact a pregnant woman was threatened twice at knifepoint.

The judge told Clarence his actions instilled fear and both the manager and the shopkeeper were left shaken by their ordeal.

Accepting the robbery bids were “amateurish”, Judge Sherrard added: “These attempted robberies were both effectively committed in the midst of a drugs binge.”