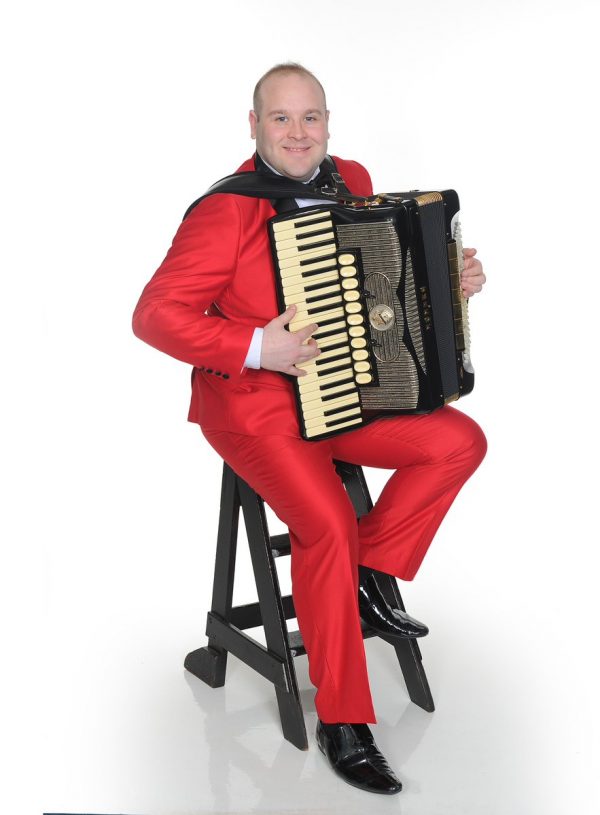 The Leonard Brown Show returns to the Alley

THE Alley Theatre in Strabane is delighted to be welcoming back leading award-winning accordionist Leonard Brown with his all-star show on Friday 9th August 2019.

The show will feature a young local ballad group who have won many competitions in the last 12 months, upcoming country star Chrissy Mac who has had success on his new TV show, and of course Leonard himself who’ll have you rolling in the aisles with his humour!

At the event, Leonard paid tribute to all his loyal supporters for voting for him – and said a huge ‘Thank You’ to both the All Star Band and Stuart Hamilton at Castlesound Studios for producing the ‘CD of the Year’.

Leonard is now looking forward to his new CD ‘Around the World with You’ – which takes the listener on a world tour, his ‘live’ DVD coming out later this month, and of course his highly-anticipated return to the Alley Theatre.

Don’t miss a superb night out with top class virtuosic music, laughter & song from a well-deserved recipient of these two prestigious awards.

As well as this amazing show, Leonard Brown will be offering Traditional Music Workshops on Friday, August 9, from 2 pm – 4 pm.

Leonard, along with local musicians Anne Marie Devine and Aishling Murray, will be providing four workshops in Piano Accordion (all levels), Piano, Tin Whistle and Button Key Accordion – with an opportunity to play together.

Admission for the Traditional Music Workshops are £5 and tickets for The Leonard Brown Show are £17.50.

The Leonard Brown Show returns to the Alley was last modified: July 22nd, 2019 by John