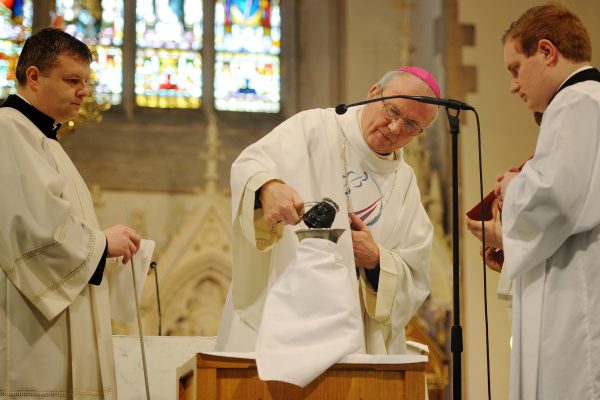 PRIESTS may have to cover more than one parish due to because of a fall in numbers.

The Derry Diocese is reportedly considering a revamp in the way it ministers to parishes to address the shortage.

A drop in new vocations to the priesthood and an increasing number of priests reaching retirement has meant that where a parish could once have had three priests, it will now have just one.

The diocese, which straddles three counties, is considering measures which could see one parish priest covering a number of parishes or priests taking on work across several parishes.

The need to adapt the role of clergy in parishes was first muted in the diocesan document God is Love, which lays out a plan from 2018 to 2021.

It includes ways in which the laity could be more active in their parishes and carry out duties traditionally done by the clergy.

The developments were reported in the Ulster Herald.

Fr Paul McCafferty, the vicar general of the Derry Diocese, told the Ulster Herald: “Bishop Donal McKeown has initiated discussions around a pastoral vision and how to accommodate it around the fact that there will be a smaller number of priests.

“It is important to stress that this is still at the very early stages of consideration and is a medium-term project for the diocese. The models will also ensure that individual parishes retain their identity.”

One of the models would mean one parish priest covering a number of different parishes, he explained.

The second would see a group of priests coming together to share responsibilities around different parishes.

Fr McCafferty added: “In each model the aim is to ensure we continue to do our very best for all our parishioners and their parishes.

“At the moment we are simply exploring these options but the reality is, things are changing fundamentally due to reduced number of priests.”

Bishop McKeown outlined in the God is Love document the way in which the drop in priests could be addressed.

He said: “As each parish community develops its own capability it can take responsibility for pastoral priorities and take the first steps towards addressing those priorities, whether using their own resources or working co-operatively with neighbouring parishes.”

Shortage of Derry priests could lead to duties being shared across parishes was last modified: July 22nd, 2019 by John