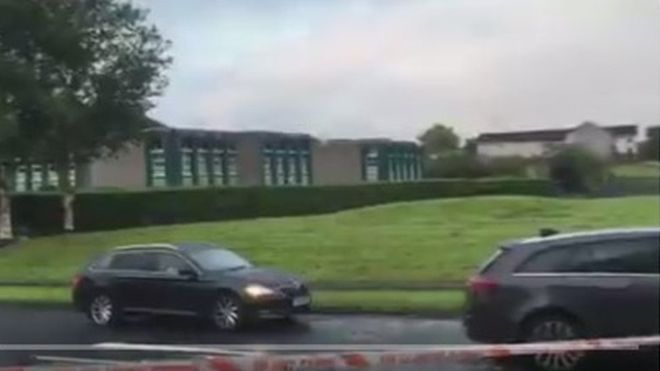 POLICE say a security alert in Derry was a hoax.

Army Technical Officers were called after a suspicious device was found in Moss Road on Friday night.

The item was found at a bus shelter near St Paul’s Primary School in Galliagh.

ATO examined the suspicious object and declared it an elaborate hoax at around 10 pm.

Moss Road was cordoned off by police during the alert but has since reopened.