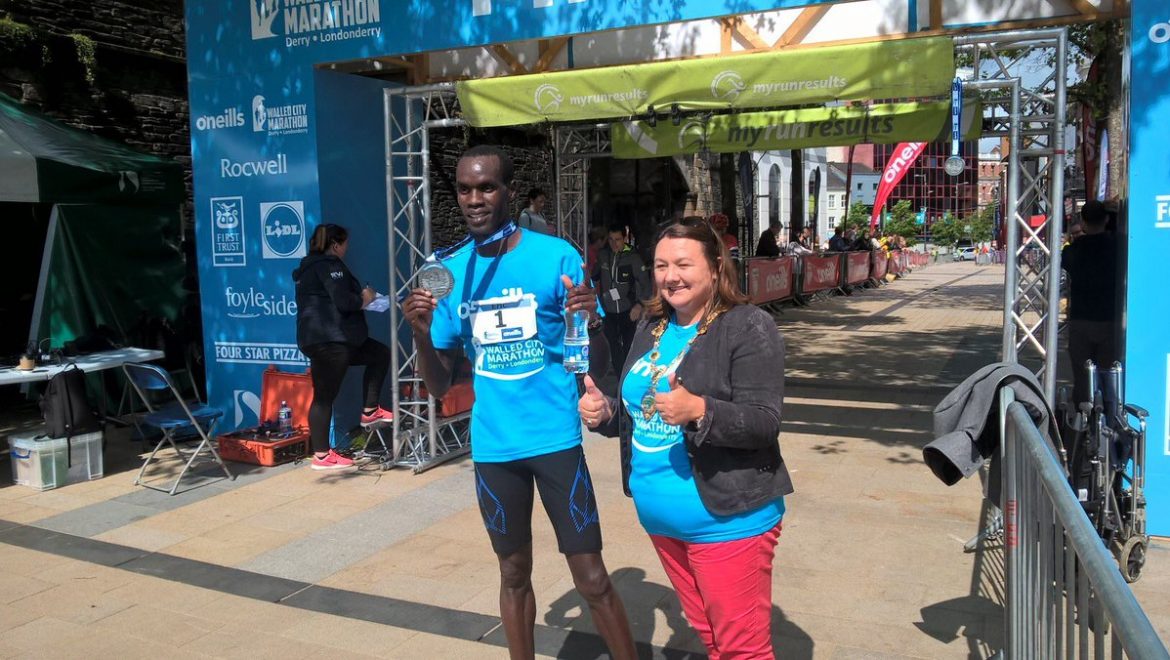 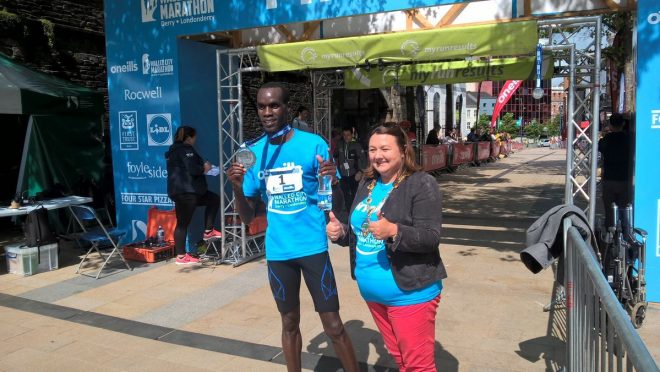 KENYA’s Eric Koech lived up to his pre-race favourite’s tag as he claimed his second Walled City Marathon victory in challenging conditions on Sunday morning in the seventh staging of the spectacular 26.2 mile classic.

The 2016 winner, representing Project Africa, crossed the line at the iconic Guildhall Square almost six minutes clear of runner-up, Foyle Valley’s Chris McGuinness in a fantastic time of 2:34:19 as he became the sixth Kenyan winner in seven years.

A runner-up to course record holder and compatriot, Dan Tanui last year with a time of 2:25:29 , the 37 year-old Koech took almost nine minutes longer to finish the stunning 26.2 mile course along the banks of the River Foyle this year in testing conditions but it was more than enough to clinch the top prize.

And he was thrilled with his time considering it was his second marathon in the space of a month after finishing runner-up in the Belfast race in April.

City of Derry Spartans’ Mark Mullan, who finished in fourth place in 2018, crossed the line in fifth with a time of 2:49:04.