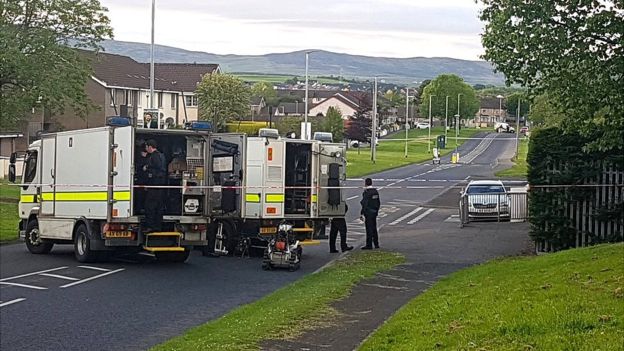 Police and ATO at scene of elaborate hoax in Derry on Thursday, May 23

The youth has since been released on bail pending further police inquiries.

During the most recent incident on polling night, police came under attack from a hail of petrol bombs after responding to a report of a suspicious object near a primary school which was being used as a polling station.

Supt Gordon McCalmont said police had been lured to the area to be attacked as the object later turned out to be an elaborate hoax.

Teen male questioned over rioting in Derry was last modified: May 30th, 2019 by John