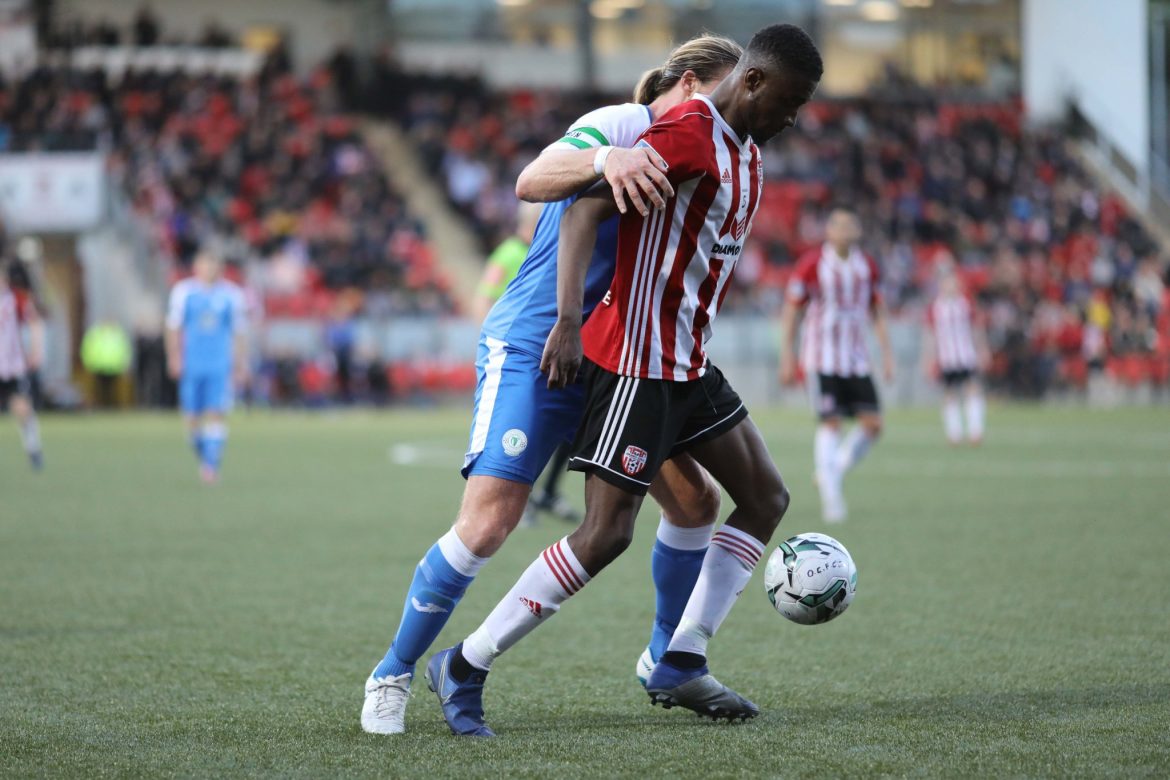 written by Chris McNulty May 25, 2019
ShareTweet

It was a night to forget for Finn Harps as they slumped to a derby defeat against Derry City last night.

Ciaron Harkin was the hat-trick hero for Derry, while Junior Ogedi-Uzokwe broke the deadlock just after the half-hour.

Harkin’s treble was the story of the night.

Harps fell to the bottom of the table on goal difference after the defeat.

Watch the highlights below …

Watch: See all the goals as Derry City defeat Finn Harps was last modified: May 25th, 2019 by Chris McNulty
ShareTweet