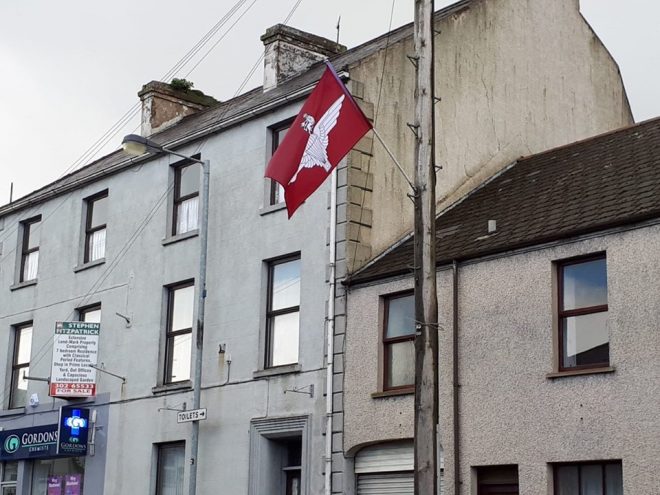 Para flags must be removed – Jackson

SINN Féin Waterside Councillor Christopher Jackson has called for controversial British Army Parachute regiment flags being erected across the North to be taken down.

He said: “The now almost daily appearance of British Parachute regiment flags along with banners supporting Soldier F – who is facing Bloody Sunday murder charges – has caused considerable concern in towns and villages across the North.

“The erection of these flags in the centre of the towns and villages or along main thoroughfares is an attempt to intimidate communities and to cause offence particularly to the families of those killed and injured in Derry on Bloody Sunday.

“I am calling on those responsible to take them down as a matter of urgency.

“These flags have been reported to the PSNI with the request that it is treated as a hate crime.

“We will also be contacting the British Ministry of Defence to seek clarification on their position on the appropriation of these flags by loyalists who are clearly using them to cause offence and retraumatise victims.”

Para flags must be removed – Jackson was last modified: May 17th, 2019 by John