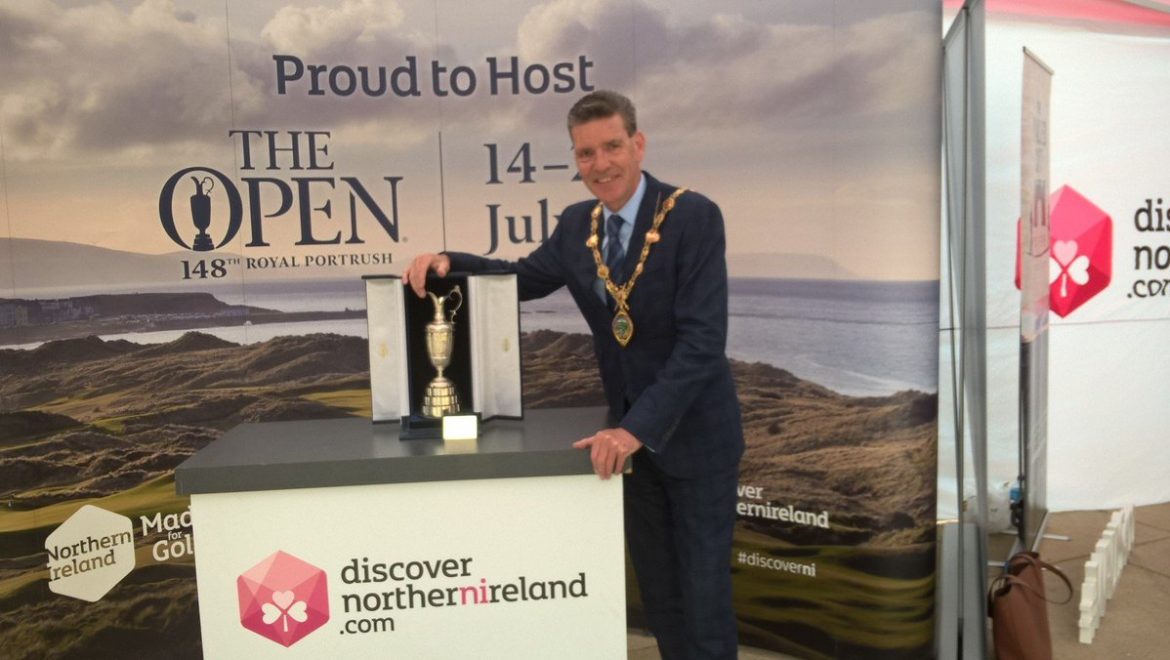 Mayor all teed up for Open Championship at Portrush 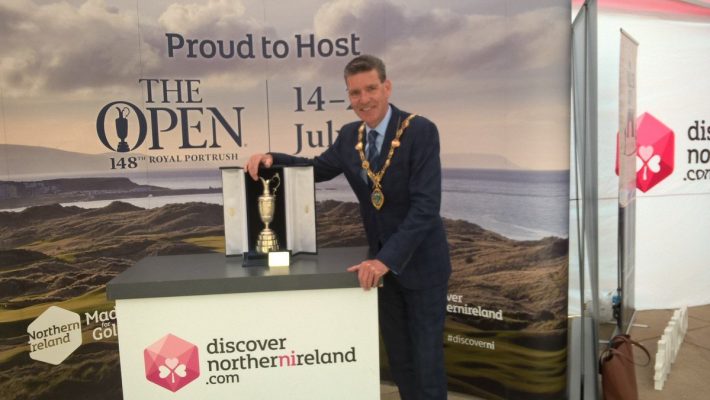 MAYOR of Derry City and Strabane District Council John Boyle was getting in the swing of things today as the famous Claret Jug arrived in Derry today.

The jug is up for grabs for the winner of this summer’s Open Championship at Royal Portrush.

The biggest names in the world of golf will descend on the Royal Portrush golf club’s famous Dunluce Course between Thursday, July 18 and Sunday, July 21.

The likes of US Masters champion Tiger Woods and the North’s home grown Rory McIlroy will be in contention to win the tournament which has a total prize fund of $10 million US dollars.

It is the first time in 68 years that The Open has been played in the North of Ireland.

In the run to the July start, a replica of the famous Claret Jug is on a tours of cities and towns across the North.

Mayor Boyle said: “It was great to have The Open roadshow in town as the countdown continues to the 148th Championship.

“The roadshow was in town as the countdown continues to the 148th Championship.” 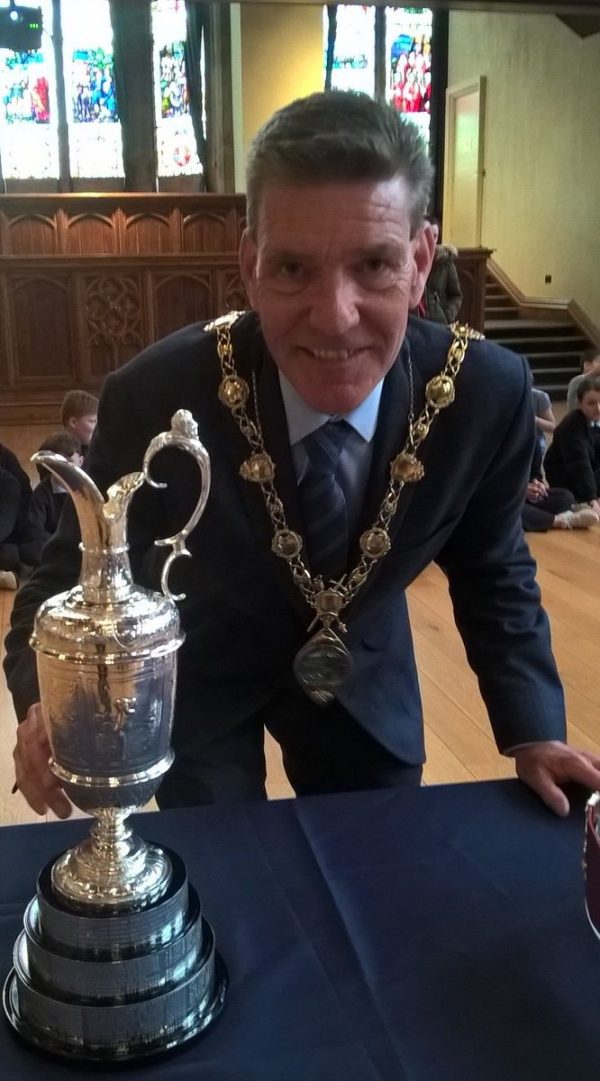 Mayor all teed up for Open Championship at Portrush was last modified: May 16th, 2019 by John