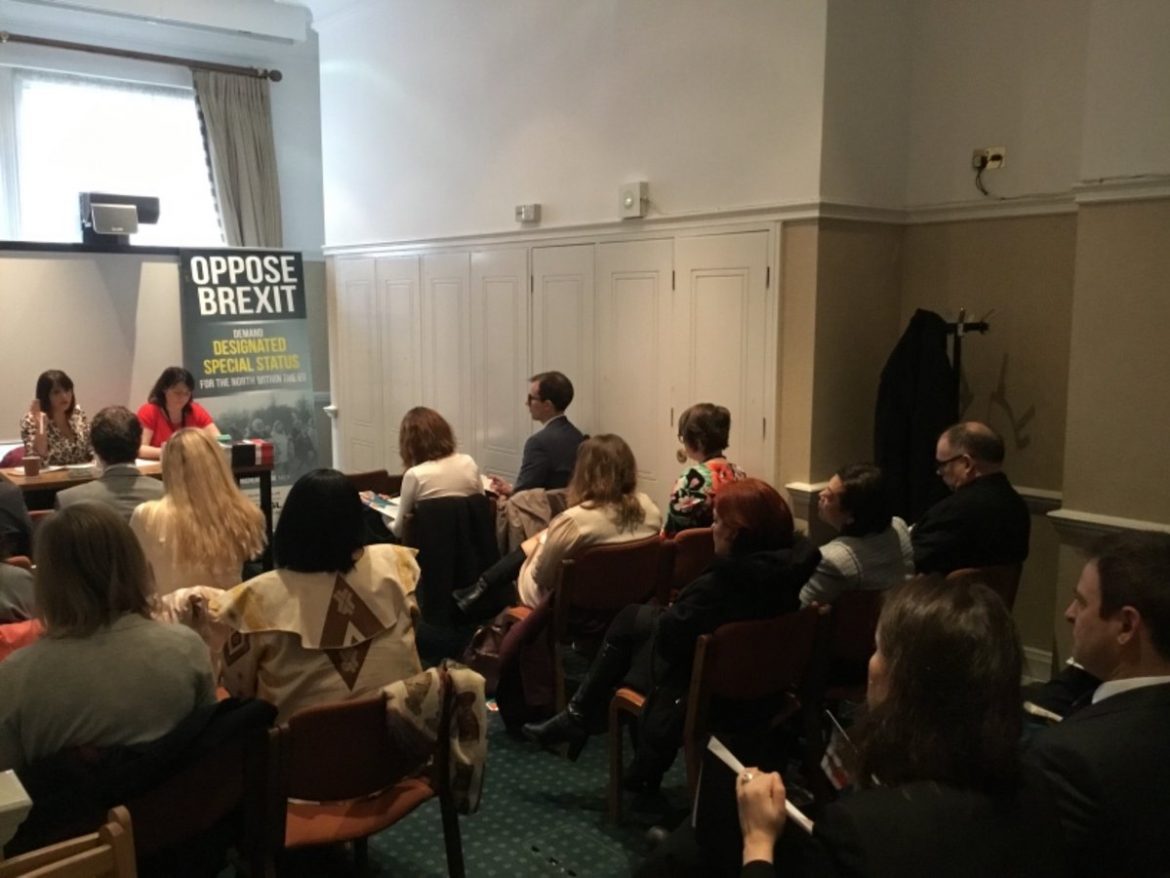 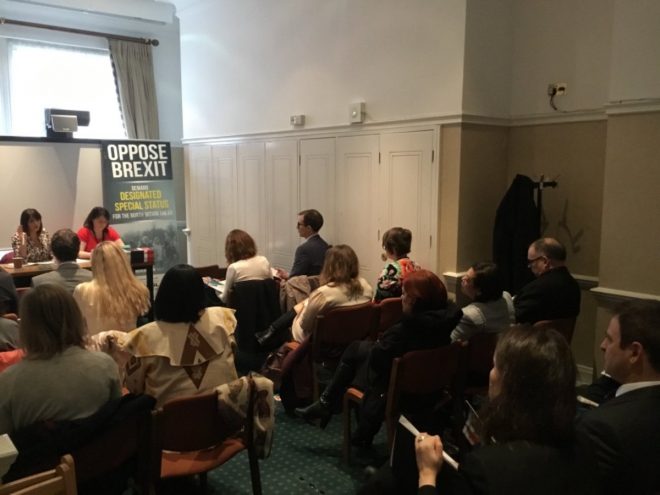 SINN Féin MPs Elisha McCallion and Michelle Gildernew briefed representatives from embassies from across the world to update them on the need to maintain the backstop in the Withdrawal Agreement.

Speaking after the briefing the Foyle MP said: “Today my party colleague Michelle Gildernew and I met with representatives of embassies from throughout Europe and across the world to discuss our concerns about Brexit.

“It was clear from the attendance of almost 30 embassies that there is a great interest in the impact of Brexit on the island of Ireland.

“We made it clear that the people of the north of Ireland did not consent to Brexit and voted against it.

“We discussed how the British parliament is in chaos and does not represent the interests of the people of Ireland.

“It is dragging us towards a disastrous no-deal crash out Brexit which will have dire economic consequences for the north.

“The only way to avoid a no-deal Brexit is the Withdrawal Agreement and the Irish backstop it contains which is the bottom line of protections required,” she added.