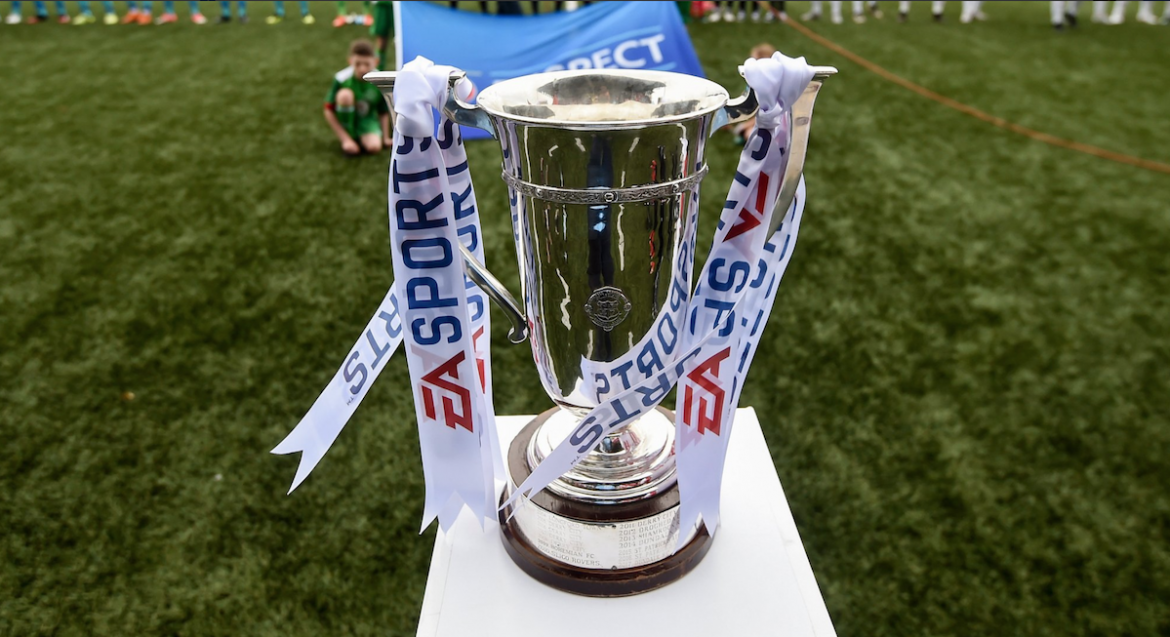 THE holders of the EA Sports Cup cruised in the quarter-finals following a routine 3-0 victory over the First Division’s Longford Town at the Ryan McBride Brandywell Stadium.

Goals from Ogedi-Uzokwe, Eoghan Stokes and Gerardo Bruna secured a convincing victory for a much-changed Derry City side on Foyleside.

The tie started at a pedestrian pace as Longford Town struggled to get a foothold in the game.

City, on the other hand, were enforcing themselves on the visitors at will, flirting with the counter-attack time and time again the opening stages.

The Lone Moor Road side registered their first goal after 19 minutes when Jamie McDonagh’s hoist cross found Junior Ogedi-Uzokwe who brilliantly nodded home, steering his header into the top-corner, inside the 18-year-box.

Neale Fenn’s side responded well, however, getting the ball forward to Jamie Doyle but Eoin Toal and Josh Kerr, getting his first start in six games, did well to isolate the big centre-forward.

But Town’s resolve was broke again before the interval by another well-worked City goal.

The dynamic Eoghan Stokes getting on the scoresheet, his sublime effort sailing beyond Jack Menton into the top corner from 25-yards.

For all the dominance exuberated in the first half for the home side, the opening period of the second was pretty error strew.

Decent chances presented themselves for Longford but they failed to take them, while against the run of play City should have made it 3-0.

David Parkhouse failing to divert his effort after 55 minutes following a sharp low-cross from Ogedi-Uzokwe.

After the hour mark and Derry started to turn the screw, Ogedi-Uzokwe, Gianni Seraf, and Gerardo Bruna all going close.

And as Menton looked as if he restored some pride in goal, his blunder following a long-range effort proved it all to be in vain.

The former Bohs’ midfielder, Stokes, caused trouble for the Town stopper from 30-yards. Menton spilling what should have been a comprehensive save but Gerardo Brune didn’t hesitate when given the chance from three-yards.

With Derry in cruise control, they all wanted a part of the action, with Jamie McDonagh, who was returning following a lengthy suspension, saw his thumping effort tipped over for a corner kick in the final stages.

With Devine’s side on the charge, McDonagh’s delivery gave Ogedi-Uzokwe a chance for his second from five-yards but Karl Fitzsimons cleared the threat from the goal line.