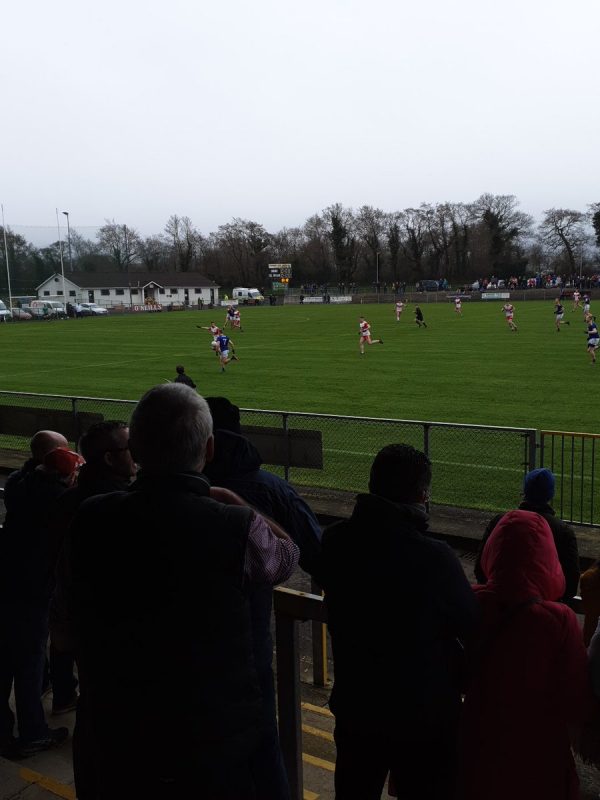 DERRY maintained their unbeaten record in Division Four as they beat Waterford 2-12 to 1-8 at Fraher Field despite finishing the game with 13 players.

Sean Whelan Barrett’s goal gave Waterford an early lead but Shane McGuigan netted just before the break to level at 1-5 to 1-5.

Derry led 1-9 to 1-8 after 62 minutes when Jason Rocks and Conor McAtamney were sent off in quick succession.

When the scores were level at 1-7 to 1-7, Barrett had a glorious chance for a second goal but he blazed over the bar and Derry profited from the let-off in the closing stages despite their two dismissals.

While Derry clinched a third straight win, Antrim remain without a point in Division Four after losing a six-point first-half lead as they were edged out 0-14 to 1-10 by Leitrim.

Helped by a strong wind advantage in the first half, Ryan Murray hit 1-4 as the Saffrons moved into a 1-6 to 0-3 lead by the 27th minute but Leitrim hit three crucial points before the break to leave only three between the sides.

Aided by the elements in the second half, Leitrim got on terms at 0-11 to 1-8 in the 56th minute only for Antrim to edge ahead again after another Murray free.

However, a Domhnaill Flynn free and Mark Flynn effort from play put Leitrim in front and while Patrick McBride levelled at the start of injury-time, Flynn’s last-gasp free clinched Leitrim’s win.

The win keeps Leitrim at the top of the table on a maximum six points with Derry as the Saffrons prop up the table alongside Waterford.

Derry make it four wins out of four with seven point defeat of Waterford was last modified: February 24th, 2019 by John