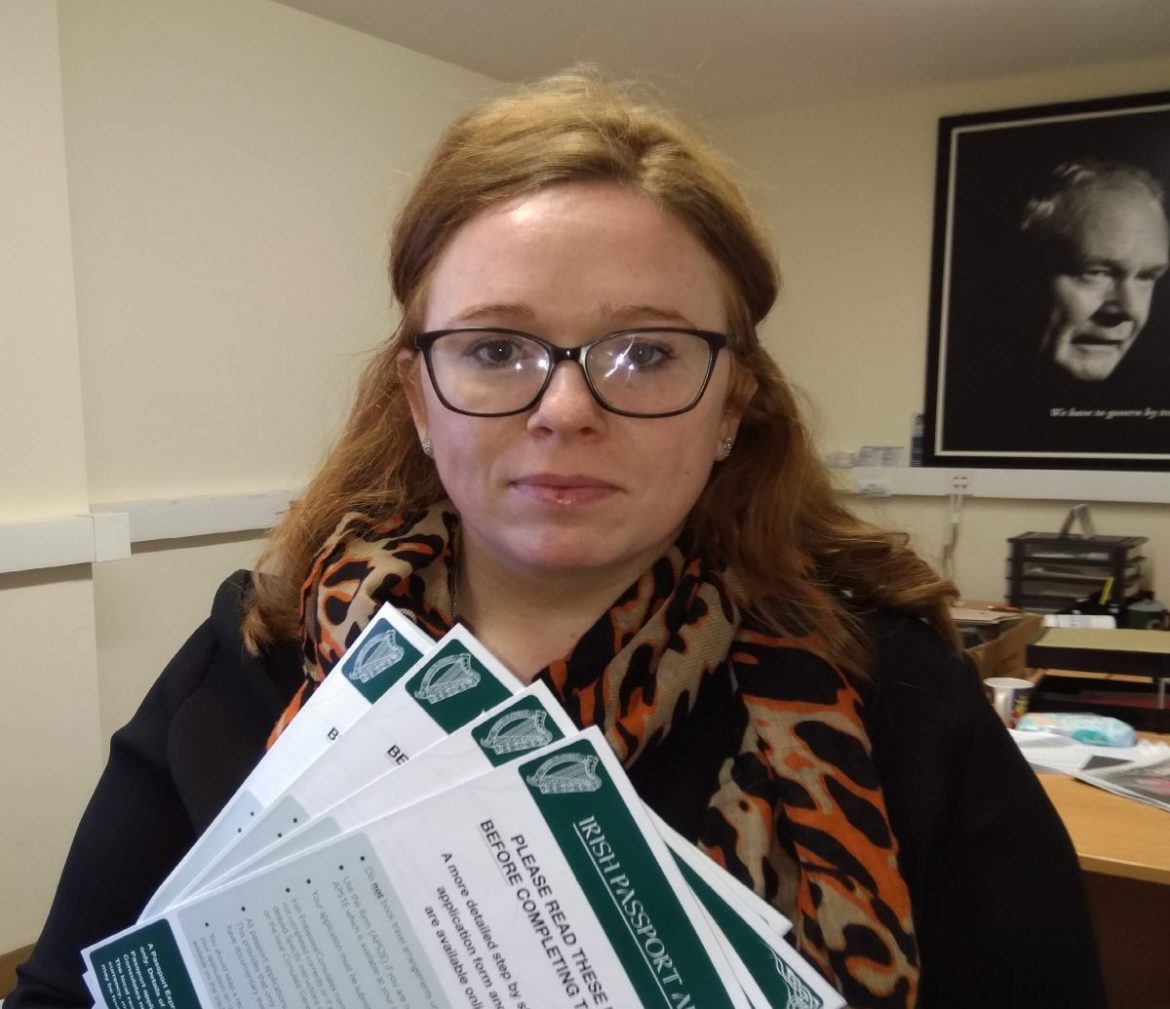 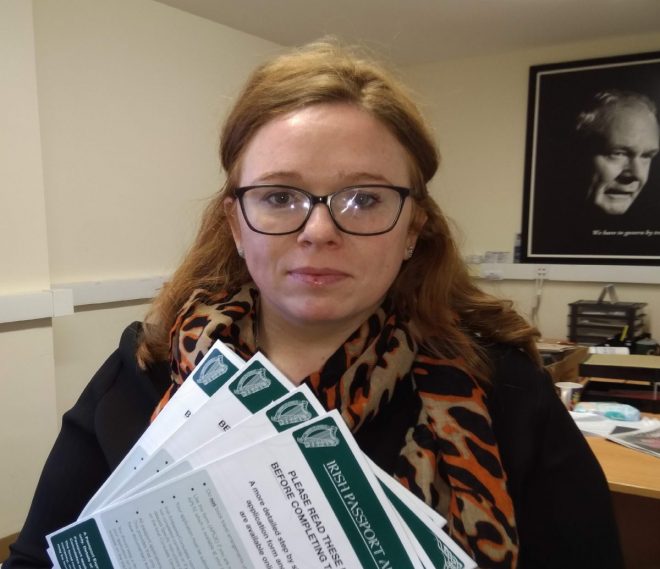 SINN Féin Councillor Sharon Duddy has said the Irish government must address the significant pressure placed on staff dealing with the surge in passport applications from both the north and Britain.

She was speaking after the Irish Embassy in London confirmed its staff are “stretched and working under pressure” due to passport demand.

Said Cllr Duddy: “Over 84,000 people from the north and in Britain applied for an Irish passport in 2018 – the Irish government’ predicts that over 800,000 people could apply in the next five years.

“As a result, passport office and Embassy staff, who do a fantastic job, are under significant pressure and major stress.

“This was confirmed in a warning from the Embassy and further exposes the gap in services through failure to open a passport office in the six counties.

“An Taoiseach has said the people of the north will never be left behind again – then now is the time to invest and provide the infrastructure required to meet growing demand.

“The Irish government have an obligation to take a stand in defence of rights, citizenship it’s obligations to Irish citizens in the north and the diaspora.”