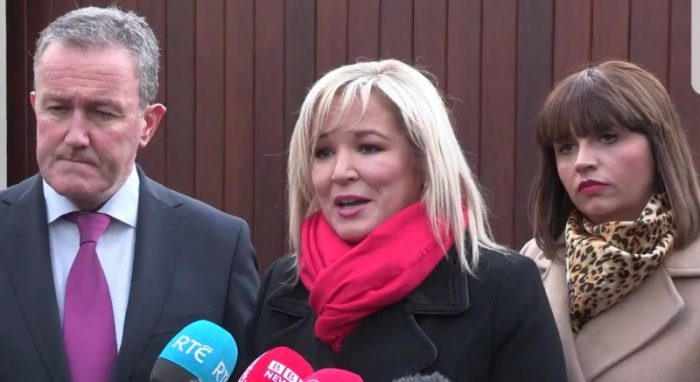 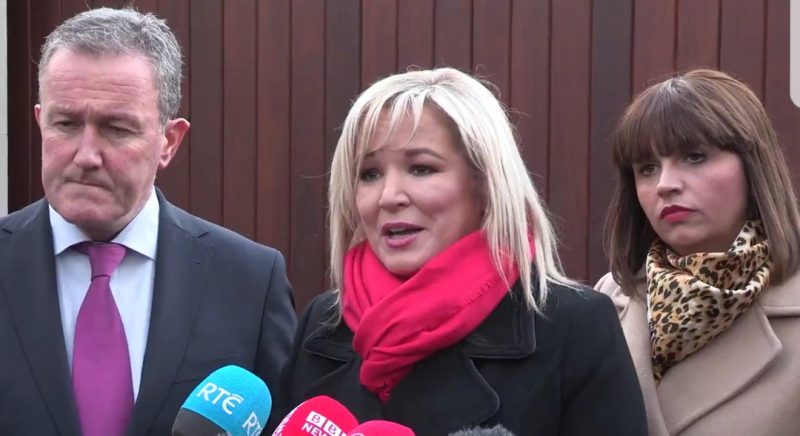 SINN Fein’s Elisha McCallion said her party were told by Taoiseach Leo Varadkar that he will not renegotiate the Withdrawl Agreement over Brexit.

The Foyle MP was speaking after a party delegation led by its Northern Leader Michelle O’Neill met the Taoiseach in Belfast to discuss the latest fallout between the British Government and the European Union of Brexit.

Said Elisha McCallion: “Today we held a positive and constructive meeting with An Taoiseach.

“We stressed to him the importance of standing firm in relation to the Backstop.

“The protections offered in the Withdrawal Agreement are the absolute bottom line.

“He reiterated his position – the Withdrawal Agreement is not open to renegotiation!”

Michelle O’Neill added: “It is vital that Ireland stands firm in the face of the last-ditch attempt by the British government to renegotiate the Irish backstop.

“The backstop is our only insurance policy to prevent a hard British border in Ireland. It is supported by the majority of citizens, businesses and other key sectors of our society and people.

“Any retreat from it would jeopardise Irish interests, the peace process and the Good Friday Agreement. With the exception of the unionist parties, there is political unanimity north and south on the need to protect the backstop.

“Of course, the actions of the British Government in seeking to ditch the Backstop are not only an act of bad faith, they have also made the prospects of a catastrophic no deal crash much more likely.

“We reiterated today that in the event of a no deal, the government should immediately begin preparing for a Unity referendum.

“Such a referendum is entirely consistent with the Good Friday Agreement and, if passed, would see the entire island readmitted to the European Union.”

Turning to the prospect of restoring the Stormont government, the Sinn Féin Deputy Leader added:

“We discussed with the Taoiseach our recent meeting with the British Prime minister during which she failed to mention the power-sharing institutions in the North.

“That gives some indication of where her government’s priorities are and is clearly another consequence of the Tory toxic pact with the DUP.