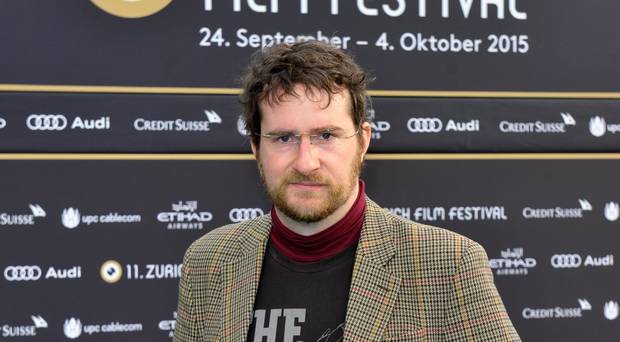 A Bafta-nominated director from Derry was branded “totally Harvey Weinstein” by a woman he allegedly sexually assaulted at her home, a court heard.

Stephen Fingleton and the woman met at a film industry party in London in 2017.

A jury heard he complimented her on her dress and the pair exchanged numbers eventually arranging to meet for lunch at her home, prosecutors said.

Prosecutor Jocelyn Ledward told Isleworth Crown Court on Tuesday that when the pair met, Fingleton sexually assaulted the woman at her west London flat on October 27, 2017.

She added that after the incident, the woman texted a friend, telling them Fingleton had been “totally Harvey Weinstein”.

Ms Ledward said during their lunch the 35-year-old from Derry began to bring up sexual topics “out of the blue” such as whether the actress had done nudity.

The woman, who is in her 20s and cannot be named for legal reasons, began to feel uncomfortable when Fingleton touched her shoulder “quite unexpectedly and seemingly unnecessarily” as he went past her, the prosecutor added.

Ms Ledward said the woman did not say anything because “she did not want to offend and ruin a possible work opportunity if she had gotten the wrong end of the stick”.

Ms Ledward said Fingleton cornered the woman in the kitchen, boxing her in with his hands so she had to push past him to get out.

The jury heard Fingleton had stroked her hair and put his arm around her while they watched a film she was in.

Later, when she was crouching down doing her washing, Fingleton grabbed her head and pulled it to his crotch.

Ms Ledward said: “The defendant grabbed the top of her head with his hands and pushed it towards his crotch and said ‘you need to keep your head there, keep it down there’.

“She felt he was directing her to perform oral sex on him.

“She said she thought it was a business meeting, not a date, and he said ‘I don’t separate the two’.”

When she told Fingleton she was not interested in him, he pulled her toward him and tried to kiss her, the jury heard.

Ms Ledward added: “He was much stronger than her and she felt scared at this point about what he planned to do next.”

The jury of six women and six men heard she told him to leave and started crying.

Ms Ledward said when Fingleton left the woman texted a friend saying he had been “totally Harvey Weinstein” and was encouraged to go to the police.

Fingleton was interviewed under caution the next day.

He denies one count of sexual assault.