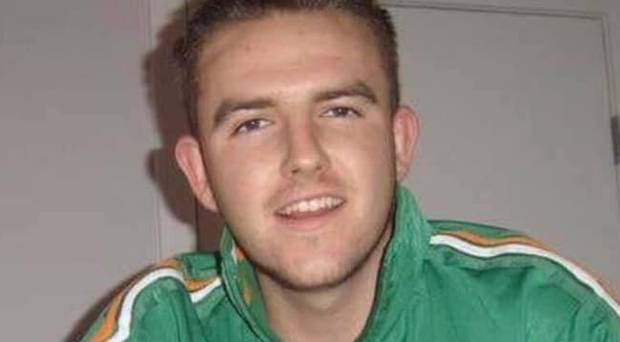 TRIBUTES have been paid to a Derry-born man Christopher Donnelly who tragically died on Christmas Day at his home in the United States.

The 33-year-old will be laid to rest on Saturday, January 5, in his adoptive city of New Bedford, Massachusetts.

The father-of-one’s family moved to Massachusetts after leaving Derry more than 30 years ago.

Mr Donnelly’s father – Christopher snr – kept up his link with Derry through the Friendly Sons of St Patrick in Massachusetts.

The exact circumstances of Mr Donnelly’s death are not known at this stage.

Former Mayor of Derry Martin Reilly has offered his condolences to Mr Donnelly and his family.

The SDLP councillor said: “I was deeply saddened to hear about the death of Christopher Donnelly’s son, also called Christopher.

“I first got to know Christopher Snr when I was mayor through his involvement with the Friendly Sons of St Patrick organisation in Massachusetts, which is an organisation that regularly brings groups of tourist to Derry.

“Christopher Snr was from the Bogside area and always kept his native Derry close to his heart through the Friendly Sons of St Patrick so I was very saddened to hear that his son had passed away on Christmas Day.

“Like so many other people from this city, I offer my condolences to Christopher and the wider family circle on the death of Christopher Jnr.”

The Donnelly family moved to New Bedford from Northern Ireland when Christopher Jnr was just two years of age.

The 33-year-old worked as a high school and youth soccer referee.

He is survived by his daughter Raelynne Rose Donnelly, father Christopher, mother Mary Elizabeth, sister Roisin as well as relatives still in Derry.

His family has asked that in lieu of flowers donations be made to an educational fund for his daughter Raelynne Rose Donnelly through the Friendly Sons of St Patrick, PO Box 4021, New Bedford, MA 02740.