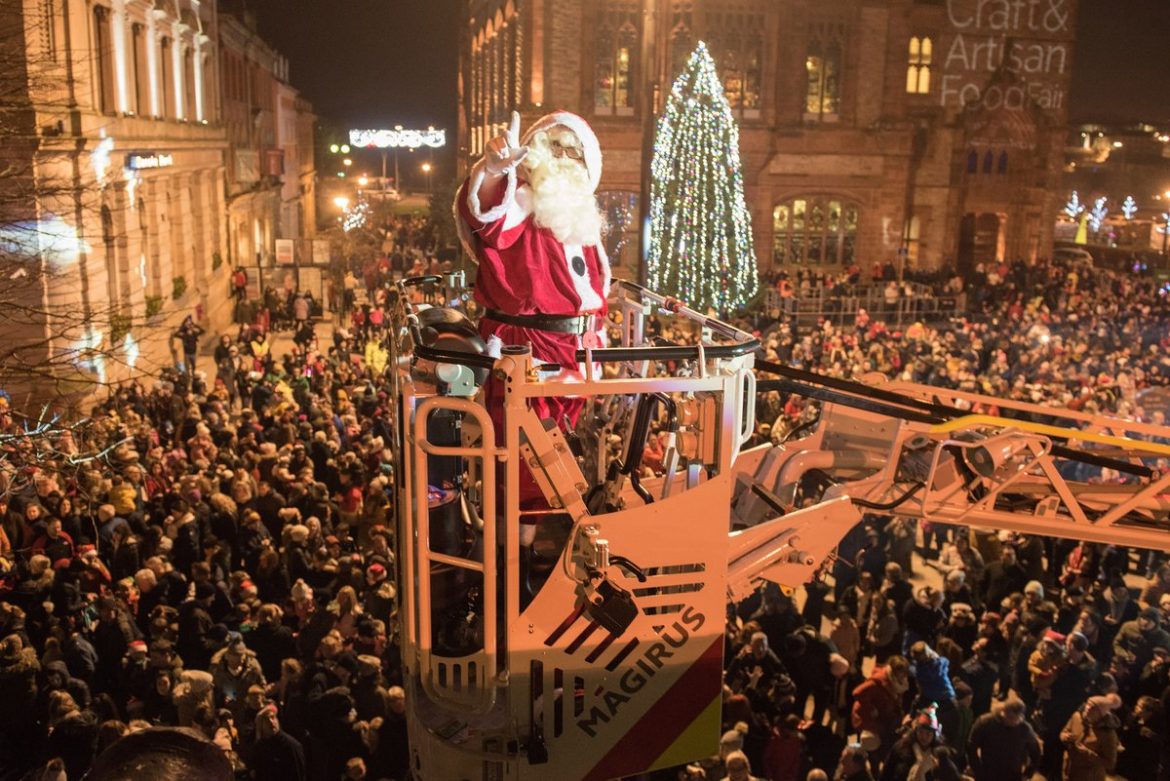 Thousands turn out for Christmas lights switch on in Derry 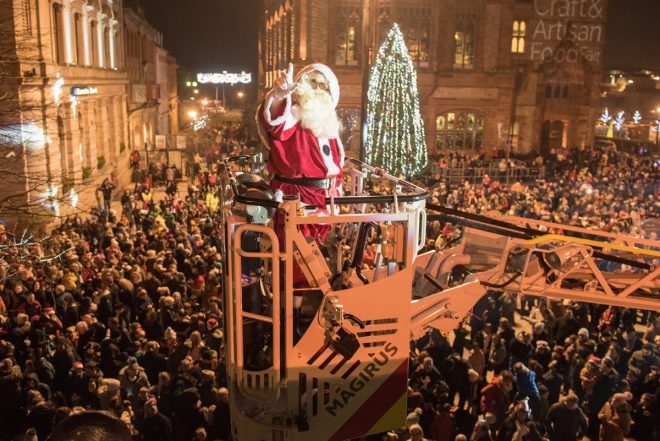 CROWDS packed into Derry city centre last night to watch the official switch on of the Christmas tree lights.

It marked the official start of Christmas in the city.

The lights were switched on by local lad and Youtube sensation Adam Beales in the company of Mayor John Boyle.

Said the Mayor: “I want to thank everyone who turned out last night for the big Christmas Lights Switch On.

“With the lights now switched on, the countdown to Christmas has officially begun!” 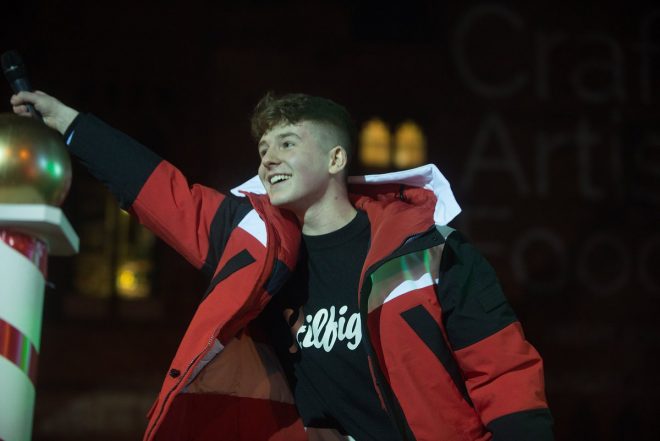 The entertainment also included characters from the Millenium Forum and Waterside Theatre’s pantomimes.

Earlier, family themed entertainment was hosted in the Peace Garden from 4pm – 6pm where youngsters came and visited the Enchanted Garden and met Santa’s Sleigh and Reindeers, got their faces painted and met some Christmas themed characters.

Foyle Street Bus Depot hosted arts and crafts where children created a decorative bauble to hang on the Christmas tree and there was Reindeer food available in bags to take home. 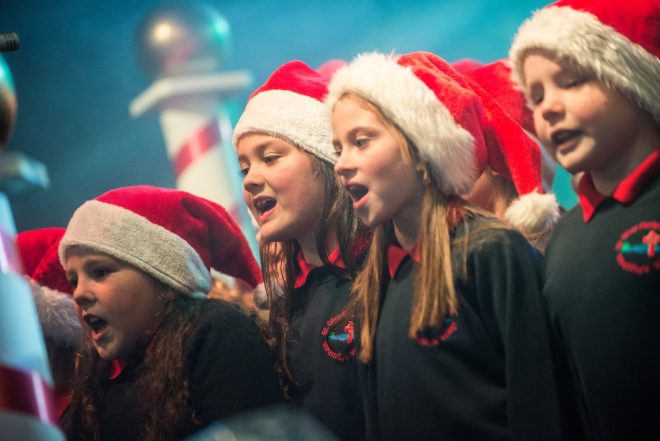 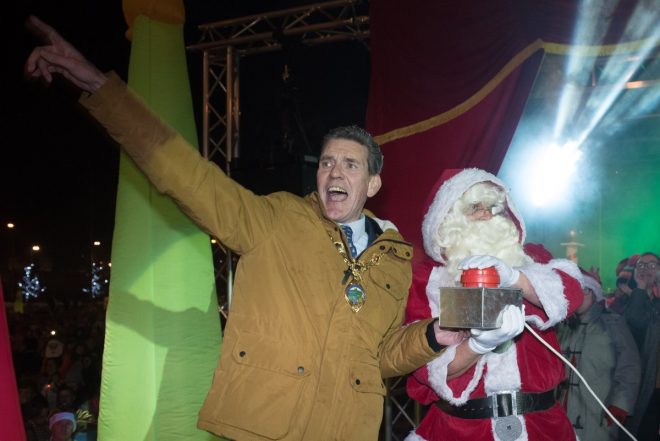 Thousands turn out for Christmas lights switch on in Derry was last modified: November 23rd, 2018 by John