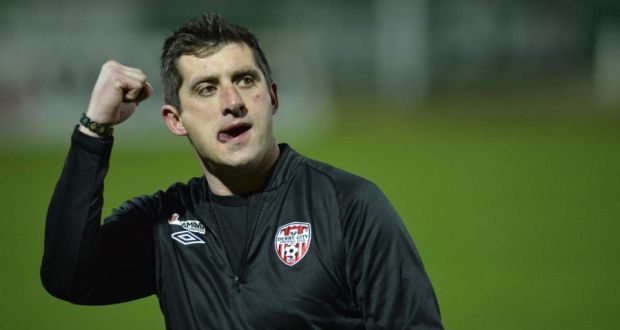 DECLAN Devine has been officially confirmed as the new manager of Derry City – penning a two-year deal with the club.

The Creggan man returns to the club five years since his first tenure in charge of the Candy Stripes when he was controversy sacked following an FAI Cup victory and two back-to-back European qualifications.

The club held a press conference on Monday in the Bishop’s Gate Hotel where Devine was unveiled as the successor of former manager Kenny Shiels.

The appointment of Devine will surprise many but it will also delight the majority of the Foyleside support, who have been calling for Devine’s return since the dismissal of Shiels two weeks ago.

Despite Ruaidhri Higgins being linked with the roles in recent weeks, the Limavady man will remain at Dundalk after agreeing to new terms with the League of Ireland champions.

Marty McCann and Kevin Deery have been brought into Devine’s backroom staff.