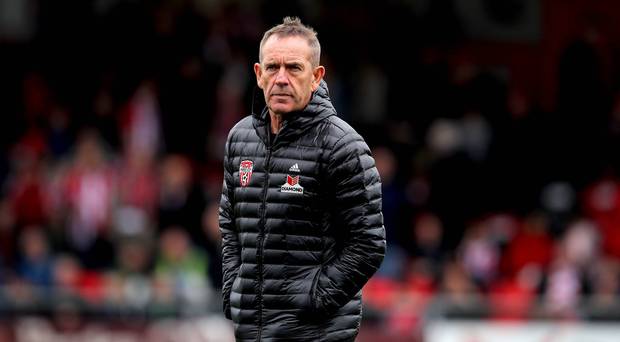 Shiels, who took charge of the Lone Moor Road outfit in 2015, departs the Brandywell club following an atrocious league campaign which saw them lose 20 times from 36 league games.

A 5-0 defeat to St Patrick’s Athletic on Friday night, leaving Derry in eighth place, looked likely to be the final straw for Shiels’ managerial reign and the club confirmed the news on Saturday afternoon.

In a short statement, Chairman Philip O’Doherty thanked the Maghera man for his contribution over the past three seasons, in which he delivered European football in 2016 and 2017 and an EA Sports Cup last month.

“We acknowledge Kenny’s contribution to the Football Club over the past three seasons, one of which was particularly difficult.

“We wish Kenny the best for the future. The club will make no further comment on the issue.”