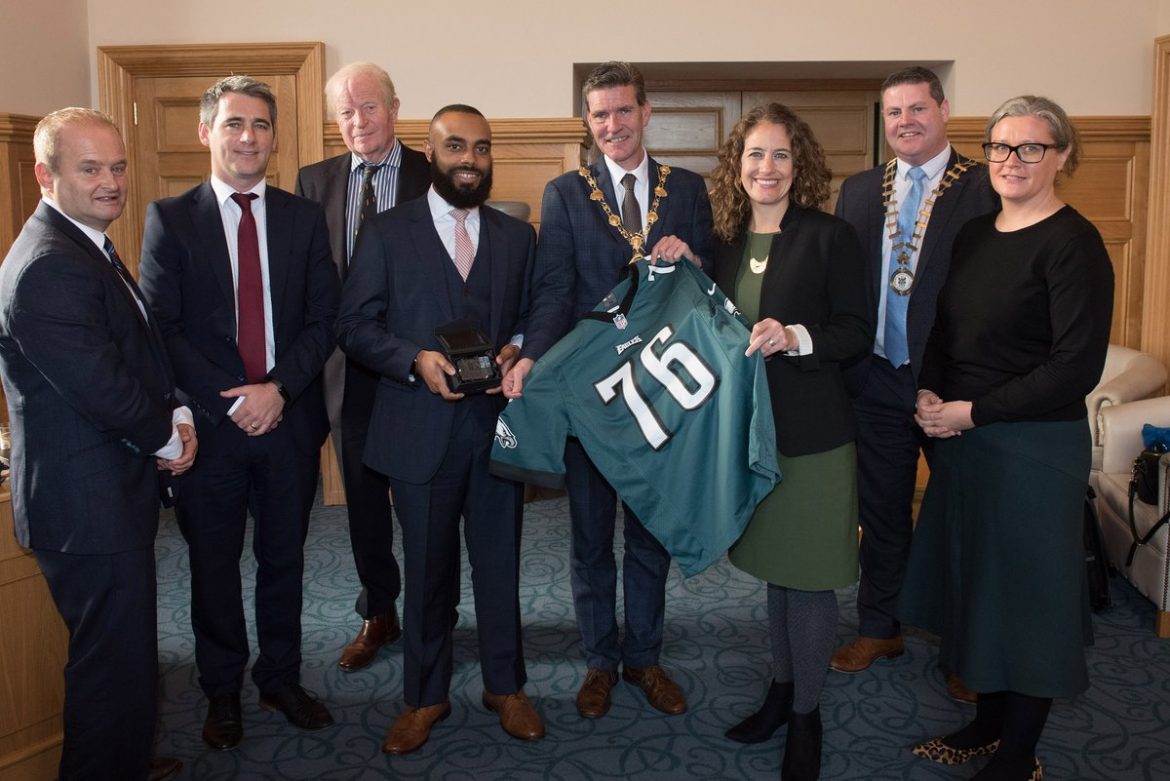 During their visit to the North West the group met with the Mayor of Derry City and Strabane District Council, Councillor John Boyle, and visited a number of local businesses, including E&I Engineering in Burnfoot.

And they spent some time at the North West Regional College and the Ulster University Magee campuses to see at first hand the region’s entrepreneurship and innovation and skilled workforce.

The delegation also attended a business engagement lunch with the Chamber of Commerce and met with international investors and local business representatives who are interested in doing business in the Pennsylvania and Philadelphia areas, as well as local companies such as Fleming Agri and Marblehill, who already export to the US.

The visit comes just weeks ahead of a forthcoming trade mission to Boston/Philadelphia which will see companies from Derry, Strabane and Donegal travelling to the US along with representatives from Derry City and Strabane District Council, Donegal County Council, the Local Enterprise Office, the North West Regional College and LYIT.

Welcoming the delegation to the City and wider region, the Mayor said it was a great boost for the area to host this high level delegation and to be given an opportunity to showcase our city and region for investment and collaborative working in a range of sectors, including business, tourism and education. He continued: “It was a real privilege to host the delegation and to hear from them directly about their interest in our city and district and the wider North West region.

“They were very impressed with our offering and how well placed we are in terms of offering cost competitive business opportunities along with high level digital connectivity and a young and well educated workforce.

“They were very keen to further explore the existing trade and export relationships that exist with companies from the North West region and Philadelphia, as well as the wider State of Pennsylvania.”

The visit was hugely important and very timely in that it came just weeks ahead of a planned delegation from Derry, Strabane and Donegal which is set to travel to Boston and Philadelphia in November with a number of businesses and partners.

“We are starting to see the benefits of this joined up and positive approach to establishing strong economic development links and initiatives between the US and the North West region.

“This collaborative approach for the development of the region’s civic, business and educational prospects is the way forward,” he added.