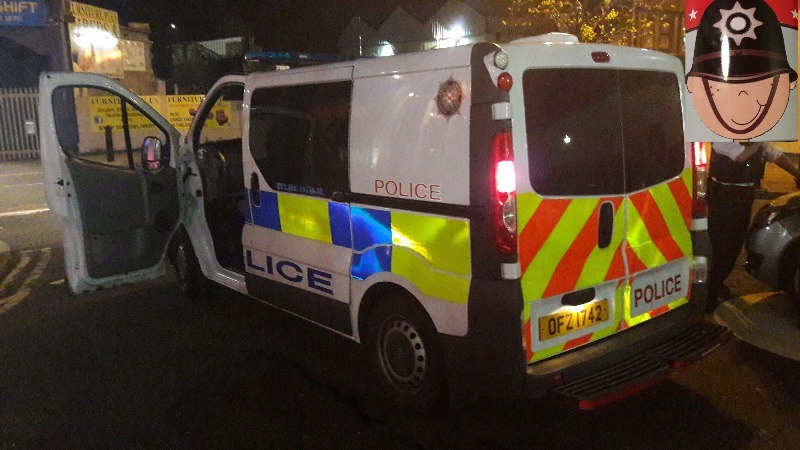 A WANTED criminal was arrested last night in Derry after police boxed him in a fast food drive thru.

He was wanted on an outstanding bench warrant and was taken into to custody.

An officer from Ballyarnett NPT on PSNI Foyle’s Facebook page:

“If you have been avoiding police 🚔🚓 for a few years due to having an active Bench Warrant.

“Don’t get yourself stuck in a drive thru at a local fast food outlet, especially at a peak time.

“You never know when your local NPT 👮 will pounce.

“Believe it or not Tommy thought this would be a good idea.

“Maybe the urge for a Burger 🍔🍔 and Milkshake got the better of him.

“You could say it was his achilles heal.

“Tommy is currently getting a transfer to Costa Coleraine in the Venga Bus 😂😂.”