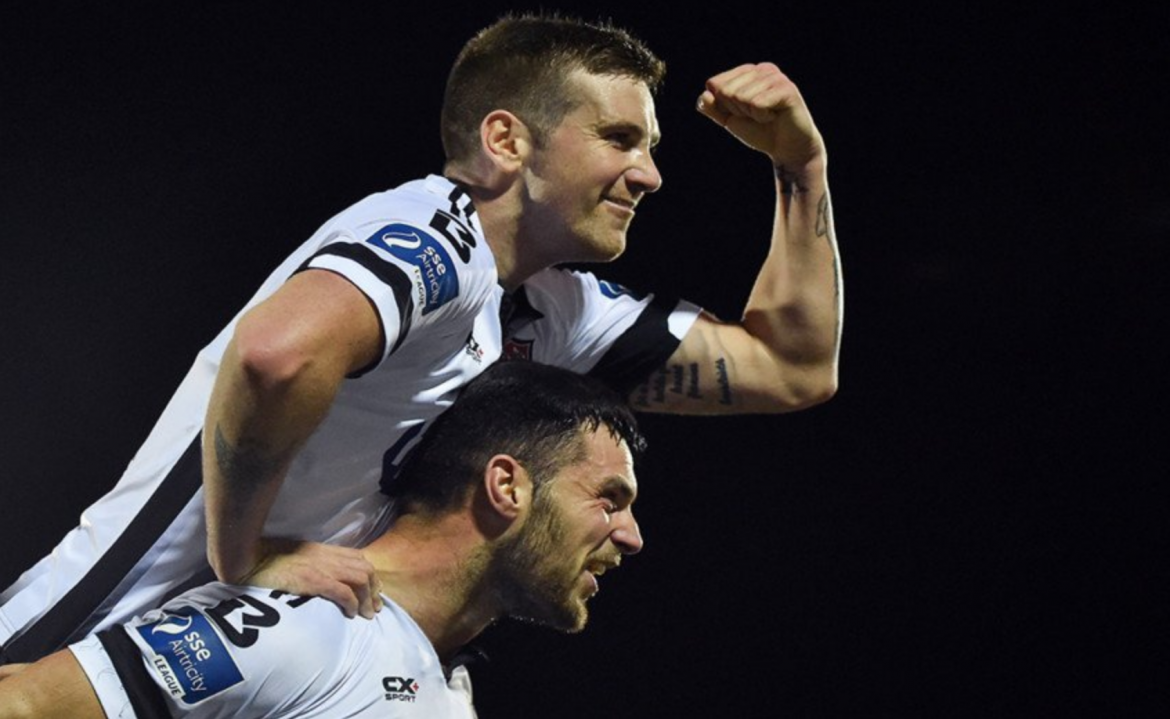 WATCH: A goal made in Derry

The scoreline flattered the Candy Stripes, who were 3-0 down at the interval and could have been much more in the second half if Dundalk wouldn’t have taken their foot off the gas.

Goals from Ben Fisk and an own goal by Dean Jarvis against his former side was enough for Derry to make it interesting in the dying minutes, but it wasn’t enough as Stephen Kenny secured his fourth League of Ireland title in five years.

Michael Duffy’s first assist of the night was enough to make the Derry City fans feel glum but it was the second goal, a goal that was made in Derry, that would’ve made the City faithful feel sick.

A sublime combination between Dean Jarvis, Michael Duffy and Patrick McEleney gave Dundalk a 2-0 advantage over the Foylesiders just under 20-minute mark.

Following yesterday’s defeat, Kenny Shiels insisted he’ll be at the club next season.

Watch full highlights of matchday 32 below.

WATCH: A goal made in Derry was last modified: September 26th, 2018 by Shaun Keenan