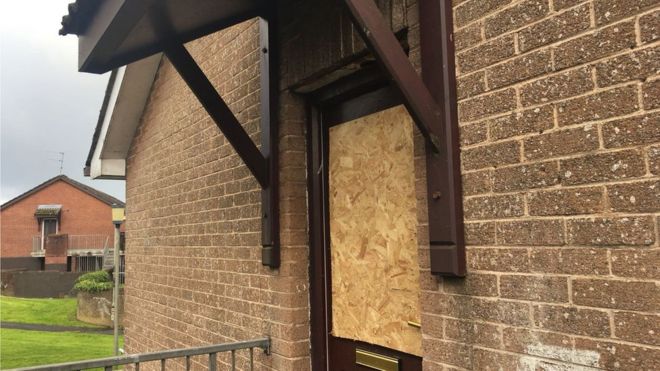 A DERRY mother who was held at gunpoint while masked men ransacked her flat has said she is grateful her daughter was not at home.

Four masked men, one armed with a gun, entered the flat at Yeats Court in the Ballymagroarty area of the city at about 9.50 pm on Thursday, ordering the woman and a female friend into the kitchen.

The gang ransacked the property.

The women were not injured but were badly shaken.

“I have a daughter, thank God she was staying with her daddy,” she said.

“We were sitting in the kitchen and masked men came through the door with a gun. The first one had a gun.

“I didn’t get a chance to see the rest because we jumped across the kitchen. We were in a wee ball at the washing machine,” she added.

The woman said she and her friend were held at gunpoint while the gang smashed a TV, microwave, and the windows of the flat.

“We didn’t know what was going on, we thought we were dead,” she said. 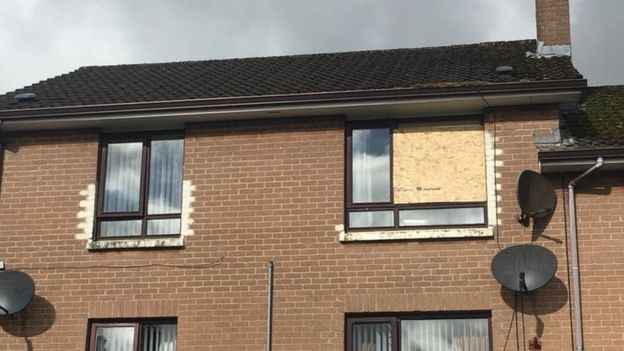 “We were freaking out we couldn’t breathe, didn’t want to look, didn’t know when we were allowed to stand up. It was literally a couple of minutes, but whenever you are down on the ground with a gun pointed at you, it feels like forever, it was crazy.”

“Then it went quiet, we looked up and they were gone,” she said.

The Derry mother has lived in the flat for three years.

She said she has no idea why she was targeted and no longer feels safe there.

PSNI Det Sgt Brian appealed for anyone with information or who was in the area and may have noticed any suspicious behaviour to come forward.

Mum held at gunpoint after masked and armed men storm her Derry home was last modified: September 22nd, 2018 by John