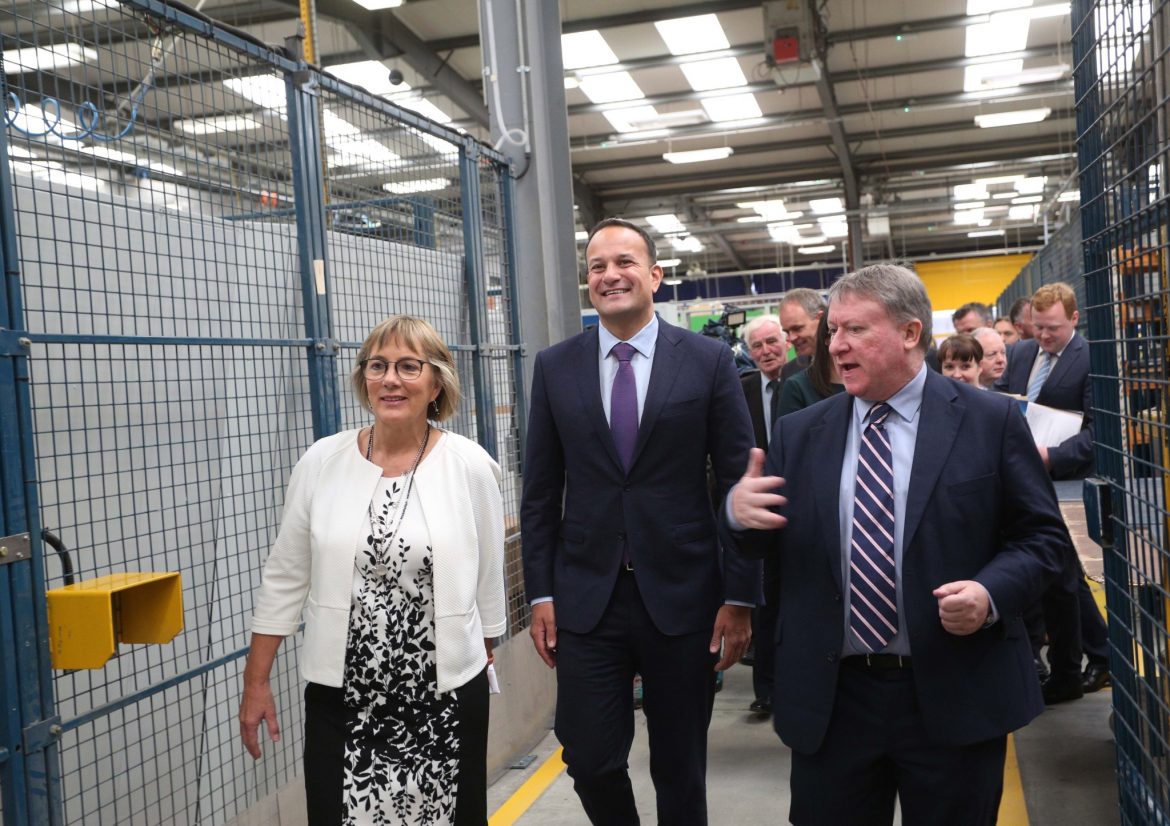 E&I Engineering is to recruit 90 new staff along the Derry/Donegal border with a €9.5 million investment and support from Enterprise Ireland.

The managing director of E&I Engineering is Philip O’Doherty who is chairman of Derry City Football Club.

Mr O’Doherty said: “The Board of Directors is thrilled to be able to announce these new jobs today which are the latest in a series of job increases at home and internationally.

“Our success is down to the hard work and dedication of our staff who have been instrumental in helping us drive forward the next stage of our development.

“We know just how competitive the industry is, so we strive to be ahead of the game by generating high quality, skilled jobs and providing the most professional leadership. This summer we have continued our very successful apprenticeship programme by taking on 22 new apprentices.

“With the assistance of Enterprise Ireland, the overall investment will be a significant injection to the local economy here in the North West providing many direct and indirect benefits for the community.”

Donegal TD and Minister Joe McHugh said the creation of 90 jobs at E&I Engineering in Burnfoot is a massive boost and vote of confidence in the region.

“It was a privilege to be in E&I Engineering this morning to see the success story that has been built up in this part of Inishowen and now has a presence in 40 countries worldwide,” the Government Chief Whip said.

“I would also like to thank An Taoiseach, Leo Varadkar for coming to Co Donegal and making E&I his first stop on a busy day.

“E&I is at the top of its game. Enormous credit has to go to the likes of the company’s managing director Philip O’Doherty and the management team and workers whose drive and skills have taken the company to compete and win on the global stage.

“And it says something about Donegal and Inishowen that the company are still striving to make their base in Ireland bigger and better.

“The E&I investment comes not long after plans for other big recruitment drives were announced for Abbott in Donegal Town.

“And these investments are being made while the Government focuses heavily on investing in better infrastructure for Donegal with no other county seeing the same level of investment in roads – major works on the N56 st Dungloe-Glenties and outside Mountcharles; the work on the Blue Banks and Ballybofey-Stranorlar; and bypasses for Ballybofey and Letterkenny; and the N14 from Letterkenny to Lifford.

“All of this is alongside the unprecedented response to the floods a year ago – a near €20million investment to repair roads and bridges, help communities and protect and save homes. “Investing in infrastructure is about providing the best environment for companies like E&I to flourish. It helps make the county a more attractive place to work and live and this Government will continue to do do that.

“E&I Engineering’s expansion and job creation in Burnfoot is a huge sign of the positivity in Donegal and particularly this region of the county.

“This Government is investing in Co Donegal in a way that no government has done in the past and investment and expansion by E&I is testament to that.”