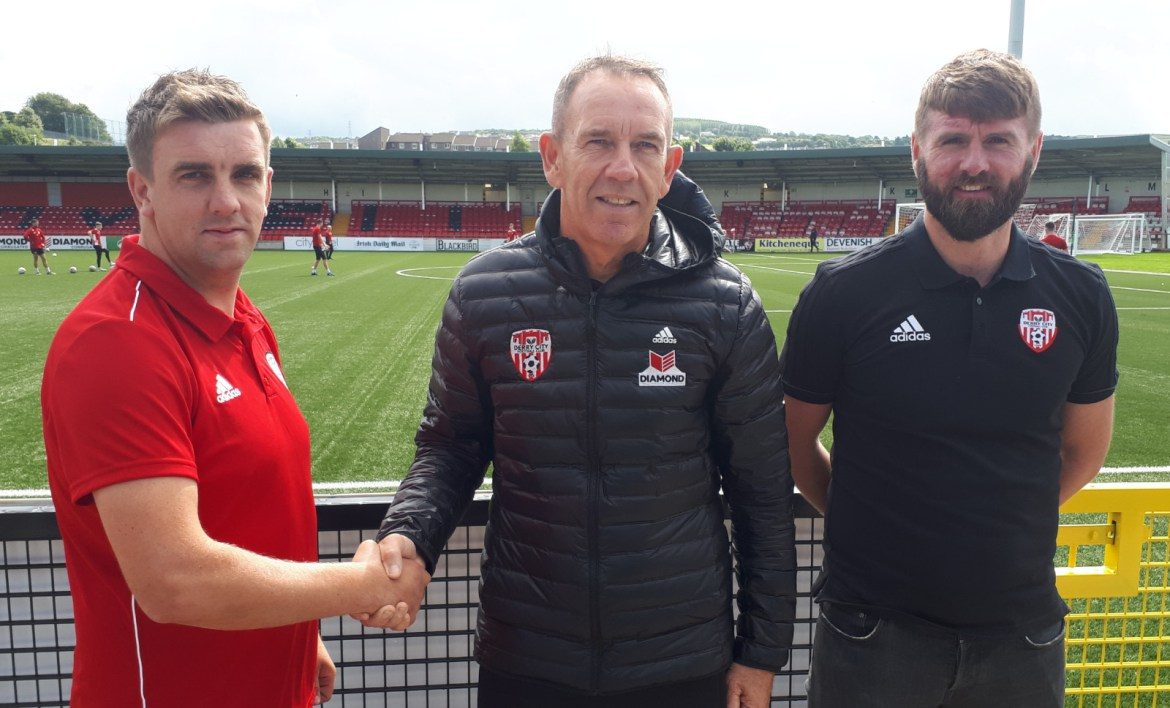 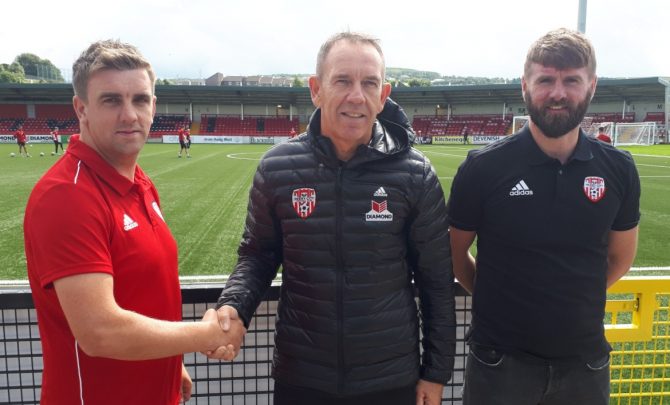 DERRY City’s Youth Manager Paddy McCourt today announced details of the club’s new under-13 programme which is set to get under way in the coming weeks.

The former City and Celtic midfielder said that the FAI’s under-13 league will start in March 2019 and the Brandywell club was determined to be involved.

“We already have teams competing at under-15, under-17 and under-19 and our understanding was that a similar league was going to start next August for the under-13’s,” said McCourt.

“We’ve been taken a little bit by surprise to find out that this will now start next March so we’re getting straight down to work in preparation.

“Whilst I’ll be overseeing all the underage teams I’ll be managing the under-13’s and I’m happy to confirm that we have secured the services of Mo Mahon as Assistant Manager.

“Mo already holds his ‘B’ Licence and is highly-regarded in local coaching circles, especially during his time at Foyle Harps.

“We’ve been getting our heads together over the past few weeks and have already been scouting players at both the Super Cup and the Foyle Cup.

“The plan is to put together a training squad over the next few weeks and from that, a panel of players who will prepare over the winter to represent Derry City at national competition level.

“It’s an exciting venture and a great opportunity both for the club and the players involved.

For his part, Mo Mahon said he was looking forward to the opportunity and was delighted to be involved in the programme.

“Paddy approached me about it a few weeks ago and I met him a couple of times to discuss things.

“I was very impressed with his plans and how he wants to go about this programme. To be honest it was a no-brainer for me.

“It’s a really positive step from the club as Kenny Shiels, Paddy McCourt and their teams set about building for the future.

“And one thing is for sure- it will do no harm at all to have someone of Paddy’s stature leading the group,” added Mo.

Derry City launch Under 13 programme in bid to build for the future was last modified: August 10th, 2018 by John