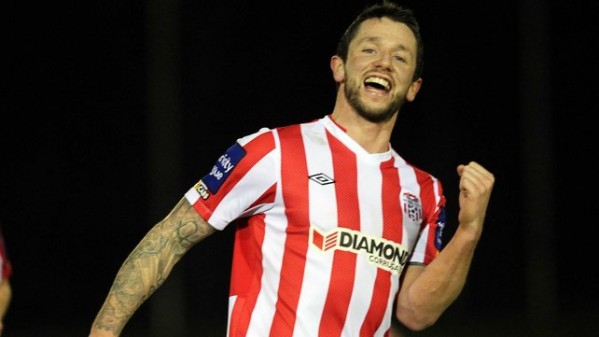 Rory Patterson on his way to Crusaders

The former Coleraine and Linfield forward is expected to link up with Stephen Baxter’s Irish League champions on a one-year contract.

The Crues have been on the look-out for a striker since Jordan Owens sustained a pulled hamstring that is likely to keep him out of the club’s first four fixtures of the Danske Bank Premiership season.

The club had a bid turned down by Coleraine for 22-year-old Jamie McGonigle but have now moved for Patterson instead.

Such is the need for a potent force up front in their record scorer’s absence, the Strabane man may slot straight into the line-up for Monday evening’s season-opener at home to Ards.

Patterson netted 30 goals for Coleraine during the 2009/10 Irish League season and, after a spell at Plymouth Argyle, played for Linfield for half a season, joining Derry in January 2012.

He has been capped four times by Northern Ireland.