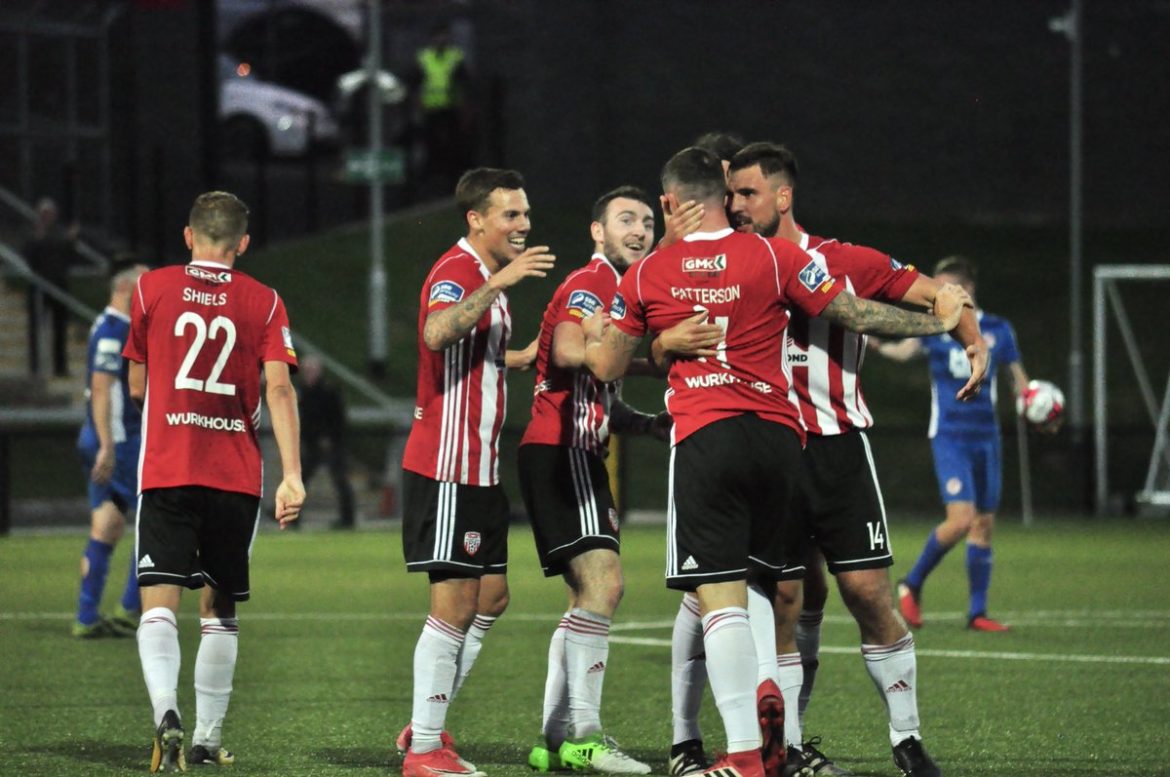 DERRY City kept their hopes alive of European football next season as Rory Patterson’s late goal earned his side a 2-1 win over St Pat’s tonight (kick off 7.45 pm).

Ally Roy netted for the Candystripes on three minutes but Ryan Brennan levelled on 34 minutes after Conan Byrne had rattled the Derry woodwork.

St Pat’s ended the game with nine men while the Candy Stripes were reduced to ten player during a flurry of red cards.

St Pat’s Ian Bermingham and Thomas Byrne were sent off in the closing seconds with Derry’s Eoin Toal.

After a run of eight defeats in their previous 11 Premier Division matches, Derry boss Kenny Shiels had described Friday’s contest as “must-win” for their seemingly fading hopes of securing European football.

However with third-placed Waterford losing 2-1 in Limerick, the Candystripes are now only five points off the final automatic European spot after winning the first in a series of four straight home games.

Defeat would have also dropped Derry to sixth place in the table but they now have a six-point cushion over the Dublin club.

City’s next league match is next Friday night. August 3, against Sligo Rovers at the Brandywell.

Rovers went down 2-0 to Shamrock Rovers at Tallaght tonight.