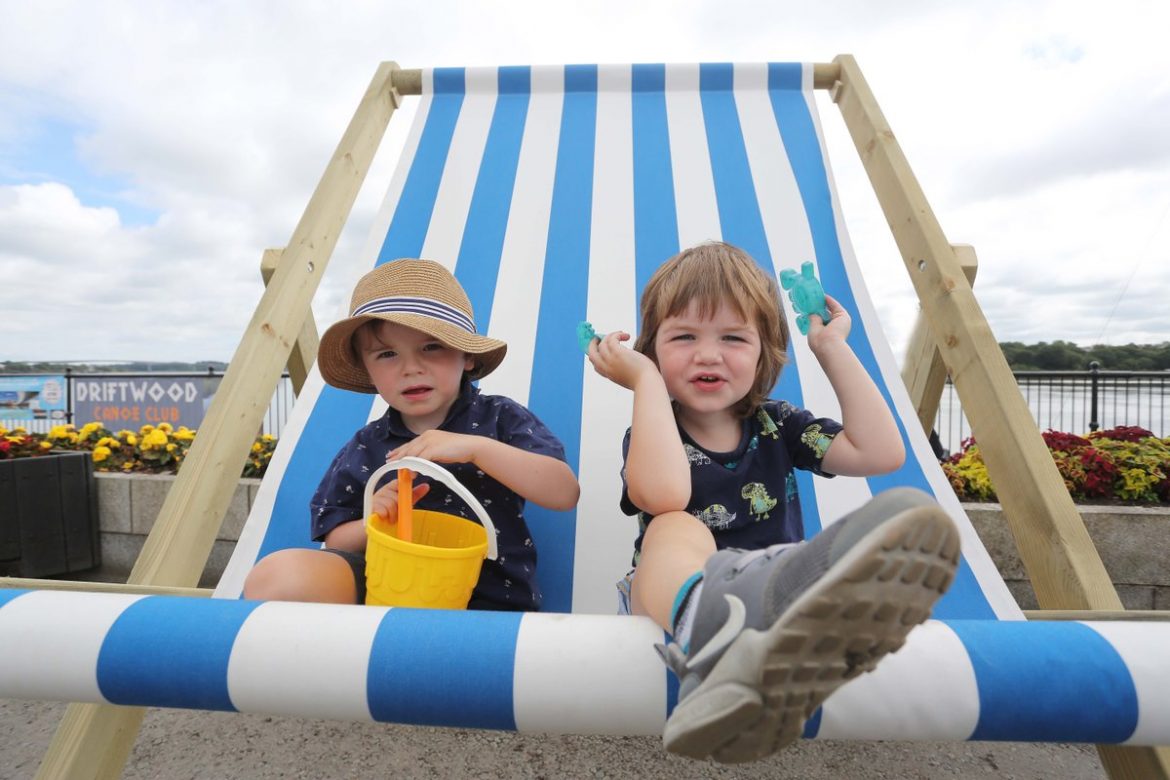 Emmett Whoriskey and Rossa McCallion had their buckets and spades at the ready for all the family fun about to unfold along the Queen’s Quay, which has been transformed into a magical maritime playground, complete with mini city beach!

Over the next nine days the packed programme will feature a whole host of activities, with some sizzling action in the Seafood Kitchens, Maritime Melodies on the Festival Village stage, tall ships, animation, and all the action on the Foyle with river races, fly boarding, kayaking and paddle boarding fun.

On Friday July 20th the Foyle will be the arena for the stunning Voyages showcase event, with a dramatic parade of light illuminating the river and a thrilling pyrotechnic finale.